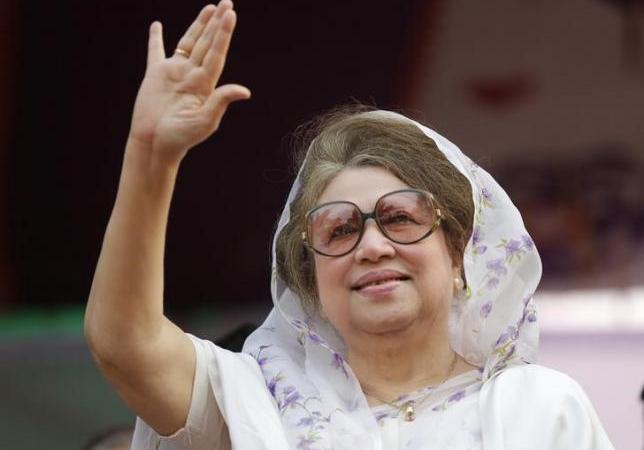 Confrontational politics is not new in Bangladesh. But it seems to have intensified in the last few months, especially after the unofficial main opposition, the Bangladesh Nationalist Party (BNP), decided to launch protests on the first anniversary of the 2014 parliamentary elections in order to force the Sheikh Hasina-led Awami League government to step down. The BNP considers the January 5, 2014 parliamentary elections as illegal and hence the government in power as illegitimate. Since January 2015, Bangladesh has been facing continuous political turmoil which has cost the country at least 0.6 percent of its gross domestic product. It was hoped that the Mayoral elections in Dhaka and Chittagong that were held on 28 April 2015 and in which the BNP had decided to participate would resolve the ongoing political confrontation. Unfortunately, that did not happen and the BNP once again chose to boycott these elections a couple of hours after the polling had started.

Although local elections are not supposed to be fought on political lines, political parties generally give their blessings to candidates whom they consider close to themselves and their ideology. This time too it was no different, with both the Awami League and BNP choosing to put up candidates for two city corporation posts in Dhaka and one for the city corporation in the port city of Chittagong. There were approximately 2.35 million voters in Dhaka north, 1.87 million in Dhaka south and 1.81 million in Chittagong city.

Awami League candidates emerged victorious in these elections. Annisul Huq and Sayeed Khokon were elected mayor of Dhaka North and Dhaka South councils, respectively, while Nasir Uddin has been elected as mayor of Chittagong city. Most of the councillors are also from the Awami League.

Although these elections were less violent, yet they proved to be equally controversial. The BNP alleges that voter intimidation and ballot stuffing took place. These charges have however been refuted by election officials who claim that they witnessed no irregularities. The chief election commissioner, Kazi Rakibuddin Ahmad, termed the elections “largely free and fair.” Awami League officials also denied accusations of intimidation, which they believe is the strategy of the BNP to undermine the elections. Prime Minister Sheikh Hasina herself pointed out that the elections could not have been rigged considering that BNP candidates managed to get so many votes.

What the election highlighted is the fact that the BNP is in political disarray. This was seen during several stages of the elections. The party had endorsed the candidature of the heavyweight Abdul Awal Mintoo from the Dhaka north seat. But Mintoo appears to have made a deliberate minor mistake while filing his nomination papers so as to promote his son Tabith who was hardly known. The lacklustre electioneering by Tabith failed to enthuse the voters. Similarly, Mirza Abbas, who was mayor of undivided Dhaka City Corporation in 1991-92, was endorsed as the BNP candidate for Dhaka South. But he too could not carry out his electioneering properly because of fear of arrest as he was accused in a number of cases.

The BNP could not depute capable poll agents for the candidates it had supported. Many poll agents did not turn up in time. Party leader Moudud Ahmed however claimed that all agents of BNP-backed mayoral candidates were driven out of all polling stations after a few hours of polling. The poor response from the BNP grassroot workers during the election campaigns and on voting day itself greatly frustrated the Chittagong candidate Manjur. This frustration further increased when the BNP high-command suddenly decided to boycott the elections. This prompted Manjur to quit politics. Awami League leaders say that Manjur’s decision to quit politics indicates that he is unhappy with the state of the BNP as a political party and not with the way elections were conducted.

The BNP claims that it participated in the city polls to restore democracy but later boycotted them because of vote rigging. It further claims that vote rigging has shown that restoring democracy is not possible under the present government. Awami League leaders like Mahbubul Alam Hanif reject this allegation and say that the BNP pulled out of polls because it anticipated defeat. They also think that it was a pre-planned move of the BNP which wanted to use it to launch a fresh movement. A section in Bangladesh believes that the BNP was actually never serious about these elections. This was obvious from the way they went about these elections.

The Election Commission has not come out with the voter turnout figure. But it is believed that voters came out in less numbers because an atmosphere of fear prevailed. This was particularly evident in the turnout of female voters. But for this state of affairs a large part of blame should be borne by the BNP which has been waging a violent protest movement for the last few months resulting in the death of nearly 120 people. BNP protestors used petrol bombs to attack vehicles which killed innocent people. They also have been carrying out transport blockades and strikes with the objective of toppling the government. In addition, the early withdrawal of the BNP from the elections also affected the turnout.

This round of Mayoral elections in Bangladesh has highlighted the need to strengthen democratic institutions such as the Election Commission. The country in recent times has moved away from the caretaker government system (CTG) and the EC is supposed to hold parliamentary and local elections in future. This would require a robust Election Commission that enjoys the confidence of all political parties. In fact, both the ruling party and the opposition should work towards this objective. The opposition should not remain adamant about the restoration of the Caretaker government system, which can also be misused if the ruling party so desires. Such misuse of the caretaker government has occurred in the past, in 2006 for instance, when the BNP was heading the four-party ruling coalition.

[This piece has been published with institutional consent from Institute for Defence Studies and Analyses (IDSA), New Delhi. It also appeared in IDSA]