Well, the election is over—or at least the vote is almost completely counted, and there is no mystery about who came out on top. Today’s count shows that Joe Biden got 5 million more votes than Donald Trump and now has 290 electoral college votes, which is 20 beyond the electoral college winning threshold of 270 needed to win the Presidency. Several states are still counting, and Biden could realistically reach 306 if the slim margin he holds in Georgia as which has not finished counting. Ironically, that would be the same number of electoral votes as Trump received in the 2016 election. The election seemed closer that it was because it lasted so long. Instead of “election day” it seems that the recent affinity for mail-in voting may require the US to have an “election week.”

But it was not the blowout, the repudiation of Donald Trump and Trumpism we hoped for if US democracy is to begin to rid itself of the authoritarian and increasingly violent tendencies that increasingly threaten that democracy. It was a bitter election that brought out the largest percentage of eligible voters in 120 years. About 66.8 percent, of eligible voters cast a ballot, the highest percentage since 1900. In the US, such large turnouts reflect bitter divisions and strong feelings of existential angst by both sides. Biden received the largest number of votes ever recorded for a Presidential candidate, almost 77 million; Trump drew the second largest number of votes for a US Presidential candidate, over 72 million. The election took so long because great swathes of voters, particularly Democratic voters, fearing the pandemic, voted by mail while most Trump voters, evidently as a result of Trump’s constant attacks on mail-in voting, feared mail-in voting more than the pandemic and voted in person on election day. Counting mail-in ballots is a more laborious process, and it took several days for the Biden votes to overcome Trump’s lead in the pivotal states.

However, the Democrats made gains they did not expect. They won Arizona for the first time in many years by a slim majority, but by enough for Biden to be awarded the state’s 11 electoral votes. They have a razor-thin lead in Georgia, which will certainly see a recount, the results of which will determine who gets the electoral votes. Both states are important gains as they seem to reflect growing strength for the Democrats throughout the Sunbelt states, of which Texas is the greatest prize. The Democrats were competitive also in Texas in this election, but just not quite competitive enough. In Georgia, the Democrats have a chance to capture the Senate in two runoff elections on January 5. But winning two elections two months after this one in a state that has been heavily Republican for many years would amount to drawing successfully to an inside straight. However, Trump drew successfully to an inside straight by winning three normally Democratic states in 2016, so we cannot rule it out.

As of this writing, one week after the election and four days after the election was called for Biden, Trump is refusing to accept the verdict of the people; he claims fraud and malfeasance and has filed a number of lawsuits ostensibly to overturn the result, but has produced no proof and all the cases that have reached a court have been dismissed. Some liken his conduct to that of a petulant child refusing to accept the verdict of its parents that it is time to go to bed. Given Trump’s bruised narcissistic personality, there may be some credibility to this, and Republican officials have been quoted as arguing that there is no harm in humoring him for a while (like the child who will eventually fall asleep and be carried up to bed).

But there are some Republicans and many Democrats who suspect strongly that there is more than a short case of narcissistic petulance at work, and that this is a deliberate strategy with two possible objectives. The first possible objective would be to undermine the ability of a Biden administration to implement and carry out its policies and responsibilities effectively, setting up the opportunity for the Trumpian Republican Party to weaken it even further in the 2022 mid-term elections, and take power back in 2024. (One suggestion is that Ivanka Trump would be the Republican candidate in 2024.) This strategy has many aspects, but its main thrust would be to firmly plant in the mind of Trump’s base that the Biden Administration won the 2020 election corruptly and is an “illegitimate” government. We already see signs of this in Trump’s refusal to admit defeat and to continue to attack the election as fraudulent, and in his refusal, reported in the Washington Post on Tuesday, to begin the transition process which by law and tradition is to begin as soon as the winner of the electoral college is determined. 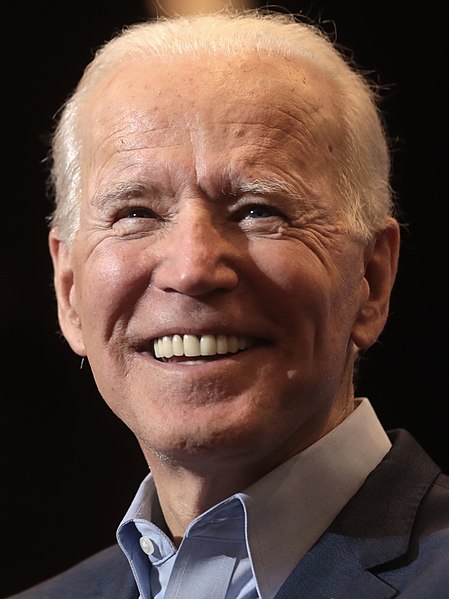 The second possible objective of this strategy is more apocalyptic, higher risk and therefore less likely. The shorthand version is to increase the drumbeat of a fraudulent election and filing court cases against the results, revving up Trump’s fanatical base and bringing serious pressure on several Republican-held state legislatures to ignore the voting results (which is illegal in many states) and to pick a slate of electors devoted to Trump which would make him the winner of the electoral college of the state, despite Biden’s victory in the election. This is possible under the constitution, and happened once in our history, in the election of 1876, one of the saddest episodes of US history. But it is so clearly an authoritarian takeover of the US government, that I do not believe it would succeed.

Clearly, the 2020 election was simply a referendum on Donald Trump. The Democratic hopes of a wave election rejecting Trumpism disappeared in its failure to capture the Senate and the loss of some seats in the House of Representatives. This failure to achieve Democratic control of both houses of Congress will mean Biden will not be able to reverse the deconstruction of the administrative state, which was Trump’s objective, much of which he accomplished. His brutish behavior, his mendacity (the Washington Post counted over 20,000 lies he uttered in public in in the almost-4 years of his tenure), his corruption and that of his family, as well as his demonstrated incompetence and nonchalance in handling the Covid 19 pandemic, brought him down. But Trumpism was not rejected, and the Republican Party remains a fully Trumpist party, which means it remains a party that finds authoritarianism attractive and democracy necessary only if it can be used to enhance its power. The evidence of this is plain to see in the refusal of senior Republican leaders to stop Trump from trashing the election and demeaning US democracy even more. The nation remains bitterly divided, and the defeat of divider-in-chief Donald Trump seems to have done nothing the assuage the division.

American society, thus, remains almost evenly divided between a half that welcomes the modern world and its diversity and opportunity, and a half which looks backward to some golden age (why else Make America Great Again), and both sides believe the other to be evil and toxic. As I wrote in my most recent article, both sides view the other as an existential threat to the nation, and to their way of life.

In such circumstances, the growing presence of armed militias, primarily on the side of those looking back, evokes great fear that one or both sides will be drawn to violence as the solution to their fear. An article by journalist Mike Giglio in the current issue of The Atlantic magazine highlights this danger better than any other report I have seen. Giglio frames the article around one individual who is a leader and recruiter of an armed movement of perhaps 25 thousand called Oath Keepers (referring to the oath that soldiers and police take to protect and defend the constitution), but he sees this group “as a window into something much larger.” He writes that the individual in question has “tapped into a deep current of anxiety, one that could cause a surprisingly large contingent of people with real police and military experience to consider armed political violence.” It was, of course, this kind of group that Trump told to “stand down and stand by” in the final debate with Biden a few days before the election.

Can Joe Biden and Kamala Harris bring America back together, reduce the tension and the fear, cool down the partisan hatreds, and move the country back toward a functioning democracy? I have a lot of faith that they could make a good start at it if Trump were out of the way. But he does not appear to be thinking of getting out of the way; to the contrary he appears to want to continue what he started in 2017—turning the US into the world’s largest banana republic, over which he and his family would preside.

The writer is a former diplomat, and Senior Policy Scholar at the Woodrow Wilson International Center for Scholars in Washington, D.C.

The article appeared in the Friday Times on 13 November 2020