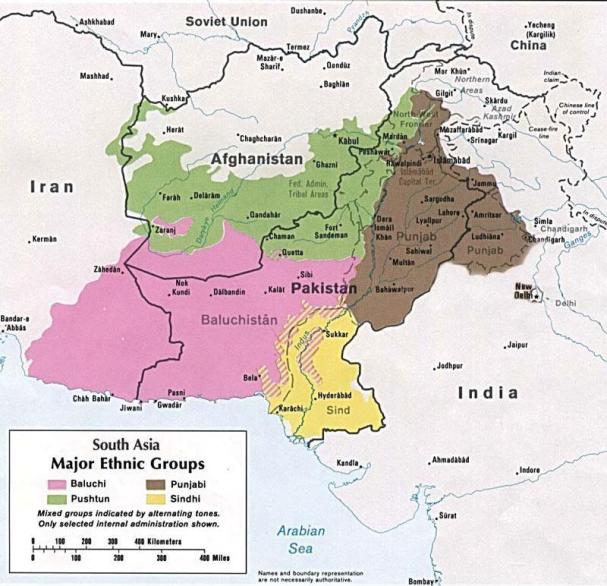 Islam and the Near East in the Far East

THE STATUS OF KURDS in Syria, Iraq and Turkey has often impinged on Western consciousness in recent decades. Kurds sought self-determination and an end to discriminatory practices by regimes that drew their support from the national majorities in each of the states where they live. That generated news in itself, but what tended to raise the profile of Kurdish nationalism further was the part it played in the wider political and military affairs of the area at times of strong external interest in the region.

Kurdish political movements in Turkey, for example, drew attention in part because they were a factor in the life of a country that has the second largest army in NATO and has tried to join the European Union; Kurds in Iraq were regarded as convenient allies of the U.S. and Britain against Saddam Hussain and, later, against ISIS; Syrian Kurds, for a while, seemed to have the only fighters capable of withstanding and rolling back ISIS in that country. It is the role of Kurds in the larger contexts that has primarily interested outside powers that, in reality, care little for their rights as a people. Support for them is not a matter of principle, in other words, but of convenience. Thus, Binyamin Netanyahu’s declared support for Kurdish statehood in Iraq may be seen for what it is: backing for a move that Israel sees as weakening a troublesome Arab state. His hypocrisy is evident in that, hoping as he does for a restoration of cooperative relations with Turkey, the Israeli prime minister does not speak in favor of Kurdish self-determination there, where there are more Kurds than in any other state.

There is a people further to the east whose situation bears comparison with that of the Kurds, and who may become prey to just the sort of selective, self-interested interventions by external powers as the Kurds have. They are the Baluchis.

Like Kurdistan, Baluchistan has never been an independent country, but there is a people who live under the rule of states within which they are a minority and who identify as Baluchis. Baluchistan stretches for 700 miles along the northern shore of the Arabian Sea and for 400 miles inland. Around 60 percent of it forms the southwestern province of Pakistan, where it is known as Balochistan. Baluchis make up just over half of the province’s population, but there are also Baluchis living elsewhere in Pakistan, notably in neighboring Sindh and its capital, Karachi. At present, there are some 8 million Baluchis in Pakistan.

Across the border in Iran lies the province of Baluchistan. There and in neighboring Sistan live Iran’s 1.5 million Baluchis. Baluchis also inhabit a southern sliver of Afghanistan, and there are close to a million Baluchis living elsewhere in the region, many of whom originally traveled abroad to find work as laborers or in the security forces in the Arab states of the Gulf: 470,000 reside in the UAE and more than 300,000 in Oman.

The vast majority of Baluchis are Sunni Muslims.

In both Pakistan and Iran, there are separatist movements that see their homeland as being exploited and its people disempowered by the central governments. They have arisen time and again in Pakistan ever since the state was created in 1947. The latest round of insurgency began in 2003, and has seen attacks on Pakistani security forces and state institutions. The picture of events has been muddied by two factors: one is the divisions between the insurgents, who fight under various leaderships in the Balochistan Liberation Army, Baloch Liberation United Front and other groups; the other is the covert role of elements within the Pakistani state in supporting extreme sectarian groups operating within Baluchistan, notably Lashkar-e-Jhangvi (army of Janghvi, named after an advocate of anti-Shi’i violence). The latter group’s main base is in Punjab province, but it has carried out a series of attacks on Shi’i and the small Christian minority in Baluchistan. Some government critics in Pakistan or in exile accuse Islamabad of using Lashkar-e-Janghvi as an instrument for combatting Baluch nationalist groups, despite the group having been officially proscribed by the government and it being branded a terrorist organization internationally.

A further complication is the involvement of China in Pakistani Baluchistan (see June/July 2017 Washington Report, p. 40). Chinese nationals working there have been abducted and killed, and it is not always clear who was behind these actions. The first attack on Chinese workers took place in 2004, when three engineers were killed. With Beijing’s involvement in the area growing, hostile activity against Chinese personnel seems likely to increase, leading to the risk of China being drawn deeper and deeper into a counter-insurgency role.

In Iranian Baluchistan, a group called Jundallah has conducted a violent campaign that has killed more than 300 people since 2003. It has a foothold across the border in Pakistan. Iran’s government has claimed that it enjoyed the covert backing not only of Pakistan, but also of Saudi Arabia and the United States. How true that was in the past may be disputed, but the sustained Saudi anti-Iranian campaign of the past four years and the Trump presidency’s belligerent attitude toward Iran increase the likelihood of external meddling in Iranian Baluchistan in the present. Pakistan would be the most obvious conduit for such involvement.

In neither Pakistan nor Iran does there appear to be strong popular support for separatist or sectarian groups. In Pakistan, they benefit from the weakness of the central government’s presence in Baluchistan and the tactics of strong elements within the security establishment in playing off extreme sectarian groups against primarily nationalist Baluchi groups, and in Iran, from external backing. In the past, what happened in Baluchistan had negligible impact outside its borders, and consequently attracted little attention internationally. That may well change in the near future with deepening involvement by China and the U.S. That is unlikely to bring any long-term benefits to Baluchis, however: they will be treated in a similar cynical way to the Kurds by external powers looking solely to their own interests.

John Gee is a free-lance journalist based in Singapore, and the ­author of Unequal Conflict: The Palestinians and Israel.