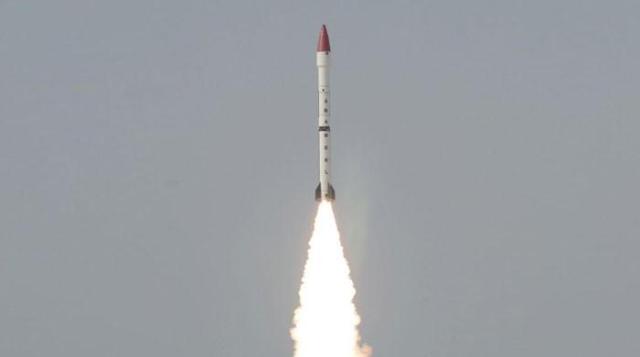 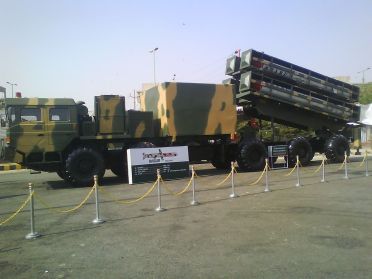 The South Asian nuclear states are intertwined in a traditional security competition and rapidly enhancing its nuclear capabilities. Currently, both Pakistan and India have enough nuclear-capable bombers, warheads and ballistic and cruise missiles. Notwithstanding this aspect, the robust modernization and enlargement of India’s military arsenals have significantly increased the size of its conventional and nuclear weapons, both quantitatively and qualitatively. The growing disparity and asymmetry in South Asia have always been favorable to India yet challenging for Pakistan. It has repeatedly been stated by Pakistan that India’s rising nuclear and conventional ambitions have enforced it to build up nuclear capabilities to ensure the credibility of its nuclear deterrence. Previously, Pakistan indulged in miniaturization of warheads after India’s doctrinal transformation, whereas lately, Pakistan responded with two missile tests to Indian sea-based developments and ballistic missile defense capabilities which are rapidly maturing. Pakistan’s two first-ever recently tested nuclear-capable missiles, ‘Babur-3′ submarine-launched cruise missile (SLCM) and ‘Ababeel’ surface-to-surface medium range ballistic missile (SSBM), has further reinforced the debate on South Asian maritime security, second-strike capability and missile defense technologies in the regional landscape.

In 2012, Pakistan set up a Naval Strategic Force Command, and it was presumed that country has been working towards this capability. It was surfaced after the test of Indian long awaited Submarine-Launched Ballistic Missile (SLBM) K-4 and commissioning of nuclear-powered ballistic missile submarine INS Airhant that Pakistan will look to neutralize Indian sea-based deterrence by equipping its conventional submarine with a submarine-launched variant of a cruise missile. Lately, after the successful test of nuclear-capable Babur-III SLCM from a submerged platform, Pakistan declared to achieve the second strike capability and stated it the ‘manifestation of the strategy of measured response to nuclear policies and postures being adopted in its neighborhood.’ Babur-III has been incorporated with the state of the art technologies that include sophisticated guidance system, highly advanced navigation features, and underwater controlled propulsion that would hit the target with defined accuracy. Moreover, stealth technologies like terrain hugging and sea-skimming flight capabilities will dodge air defenses and radars in emerging South Asian landscape with India possessing Ballistic Missile Defense (BMD) while the sea-based mobile platform will keep it undetected. The land-attack mode of Babur-3 cruise missile would be able to deliver numerous types of payloads. Reportedly, Pakistan modified one of its three Agosta 90 B diesel-electric submarines to launch SLBM. Few ambiguities were prevailing about the survivability of conventional and nuclear combination at sea, on the contrary, similar apprehensions were expressed about the certain attributes of Arihant that are believed to limit its operational role, and indicates skepticism about the success rate of missiles tested from a submarine. Pragmatically, no submarine-based nuclear forces can be entirely invulnerable to modern anti-submarine warfare techniques. Though, a while back Pakistan approved a proposal to purchase eight modified diesel-electric attack submarines from China which are expected to strengthen Pakistan’s burgeoning second-strike capability.

Conversely, the first successful flight test of Ababeel, after the two operational MRBMs Shaheen-I and Shaheen-II, would enable Pakistan to launch multiple warheads using Multiple Independent Re-entry Vehicle (MIRV) technologies. This development placed Pakistan among few states, including the US, China, and Russia, to possess this technology. The statement by ISPR reads that “Ababeel is capable of carrying nuclear warheads and has the capability to engage multiple targets with high precision, defeating the enemy’s hostile radars,” which shows that missile has been built-in with stealth technologies to escape hostile air defenses. Ababeel is expected to have been featured with solid-fueled rocket motors like Pakistan’s other MRBMs that ensure high precision and reduce operational missile timings. The statement says that ‘test flight was aimed at validating the various design and technical parameters of the weapon system’ however in future Pakistan may develop the surveillance and reconnaissance capabilities to master the technology of MIRV payloads. The development of the Ababeel weapon system was aimed at ensuring survivability of Pakistan’s ballistic missiles in the growing regional Ballistic Missile Defence (BMD) environment. Therefore, this development will augment Pakistan’s deterrence posture. Nonetheless, a timely successful response shows operational preparedness of the Strategic Forces and Pakistan’s capabilities to safeguard its security, which should not be undermined.

These developments imply three obvious and instant implications; first, it is likely to provide Pakistan a seaborne nuclear deterrent while India already possesses it after formally commissioning its nuclear-powered submarine – INS Arihant. Second, since Indian BMD had reduced India’s vulnerability to Pakistani ballistic missiles strike, undercut Pakistan’s offensive posture yet strengthened India’s defensive capabilities. Therefore, MIRV technology is a useful option to neutralize this development. Third, these developments stabilize the status quo because when the strategic equilibrium is in play; the concept of mutual destruction functions and the nuclear opponents has a reciprocal annulment of options for war at any level. Thus theoretically, completion of the nuclear triad on both sides assures credible second-strike capability and stabilizes the nuclear relationship between the two South Asian nuclear states by decreasing susceptibility to a nuclear attack.