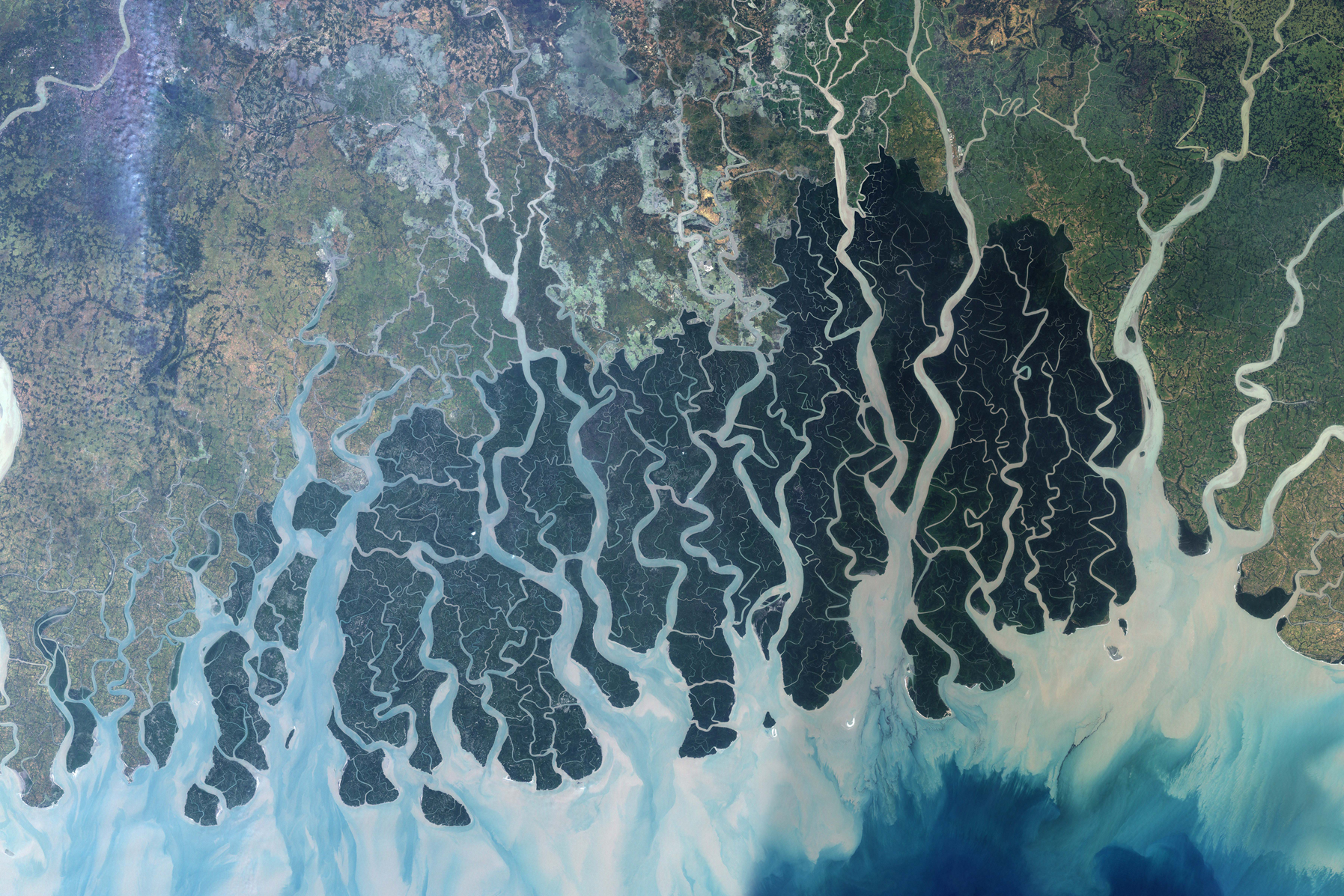 Asia Pacific region is home to some of the world's largest urban areas. Indeed, of the world's top 20 megacities-those with populations of 10 million or more-half are in Asia. (Urban agglomeration 2009, UNDESA). Of these, the fastest growing is Dhaka: between 2005 and 2010 its population increased over 16 per cent. (UNDESA 2010. World Urbanization Prospects). In terms of total population, however, the largest city by 2020 is estimated to be Tokyo, followed by New Delhi which by then will be the world's second largest, closely followed by Mumbai, with Shanghai and Karachi not far behind. And by 2050, of the global urban population, Asia is poised to host 63 per cent more than 3 billion people. (UN-HABITAT, 2008. Harmonious Cities, Earth scan).

Cities suffer from the effects of environmental degradation and climate change, which threaten housing and basic social services such as power, water and sanitation, especially for the poor and vulnerable often located in informal “slum” settlements. As well as being impacted by climate, cities are themselves adding to global warming since they are also major emitters of greenhouse gases. Globally, cities occupy only two per cent of land and yet contribute more than two-thirds of greenhouse gases. (Inter-governmental Panel on Climate Change). It has been estimated that by 2030 cities will account for more than 73 per cent of the world's energy use – for heating and cooling of buildings, and for cooking, as well as for transport and industrial production. (International Energy Agency).

Asia's rapidly changing urban lifestyles have added to the growing demand for goods and services, including water, electricity, fuel and transport. Asia's growth has particularly boosted demand for energy. At the same time, policies are increasingly facing the pressures to share the benefits of prosperity much more equitably, waiting for prosperity to trickle down at its own pace is neither a politically viable option nor a fair one.

Moreover, businesses need consumer demand, which may be induced by higher wages rather than low-paid labor. High export reliance with relatively low local employment benefits is not sustainable. It needs to be balanced with expanding domestic markets through better employment conditions. Developed economies also now need to look forward to consumers in Asia for sustained growth.

Thus, development needs and commercial imperatives taken together, are building up tremendous pressures on the environment. Ecology and economics are becoming adversely intertwined.

Global economic governance policies were formulated much before the recognition of the threat of climate change. Natural resources have been hard to value in dollars, despite being highly valuable. Treated as “free”, they have been overused. But with growing recognition of the imminent environmental threats, an increasing number of countries are taking action against environmental impacts of production and urbanization, of manufacturing and farming systems, generation and use of energy, and living in dense urban habitations.

In country after country, city after city, inhabitants are calling for improving their standards of living and also aspiring to enjoy life in a “green” environment. To couple broader distribution of wealth with green environment would require smart public policy and ardent public-private partnership unswerving in that objective.

Private institutions can make change happen; informed consumers and aware employees can make it worthwhile. Evidence of corporate social responsibility may offset the presumption that firms are driven by competition to free ride for an immediate profit is only a part of the picture.

Unlike democratically elected governments, which have limited time horizons by design, companies do not have time constraints to show results.

Public-Private Partnership approaches in the provision of public goods and services are not a new phenomenon. It has been practiced in a number of countries, advocated and facilitated for some time by many governments, and by private sector organizations. If well managed, PPPs at sub-national levels can be effective too. The strengths of these partnerships lie in their ability to bring together skills and resources of diverse actors in a way that together they achieve more than they could acting severally on their own.

For example, in Nepal, the Government has been active in pro-poor PPP through which local entrepreneurs are effectively managing solid waste in Metropolitan areas.

In Manila, the Philippines, Local Government Units are working closely with the water regulators and both of its water supply concessionaires (Manila Water Company, Inc., and Mayniland Water Services, Inc.) to develop and test local level PPP models of formally engaging small-scale water service providers to supply safe drinking water to peri-urban areas and informal settlements on an affordable and sustainable basis.

Some of the larger companies, including those with trans national operations, are starting to develop a stake in sustainable production and profits, even becoming ready to modestly compensate for the negative externalities their competitive compulsions create. Others are exploring low carbon options much more seriously than before. They do want to earn profits, but differently. Several well-known companies are going ahead with the greening revolution–in some cases willingly. The unwilling ones are at least going greener. They seek goodwill of local communities and consumers.

Regulatory institutions can build upon this wind of change. For example: Home Depot, a forest culprit, has taken great pains to turn things around. Once the Rainforest Action Network identified the company as the world's largest retailer of old-growth wood products, demonstrations and protests unfolded at Home Depot stores around the nation. When the outcry reached the point of 45,000 customer calls and letters, the bigwigs at Home Depot decided that enough was enough. Within months, the company rolled out a new “no old-growth sales” policy to assure consumers and activists that the days of harvesting trees from old-growth rainforests were over.

Bank of America is finding ways to devise eco-friendly operations to coexist with business growth. The bank claims to have reduced paper use by 32% from 2000-2005, despite a 24% growth in their customer base. It also runs an internal recycling program that recycles 30,000 tons of paper each year, saving roughly 200,000 trees for each year of the program's operation. And the company also offers employees a $3,000 cash back reward for buying hybrid vehicles. Whatever may be the figures, the fact that BoA feels the need to highlight its efforts in reducing its environmental footprint is noteworthy.

City dwellers can knock off 30% of their electricity bills by dimming lights. And Singapore-based In2Living has set up a business wing to tap the growing potential for sustainable home furnishings and interior design.

Suzlon Energy, the world's fourth largest wind-turbine maker, is among the greenest companies operating in India. Tulsi Tanti, the visionary behind Suzlon, was convinced that wind is the energy of the future and built his factory in Pondicherry to run entirely on wind power. Suzlon's corporate building is one of the most energy-efficient buildings in India.

ITC Ltd strengthened commitment to green technologies by introducing 'ozone-treated elemental chlorine free' bleaching technology for the first time in India. The result is an entire new range of top green products and solutions: the environmentally friendly multi-purpose paper that is less polluting than its traditional counterpart.

Every day is Environment Day at Tata Metaliks Ltd, one of India's top green firms. An example that made everyone sit up and take notice is the company's policy to discourage working on Saturdays at the corporate office. Lights are also switched off during the day with the entire office using sunlight.

These examples show that companies do have a stake in promoting greener choices. In adapting to climate change as part of the business of inclusive development, governments along with the private sector, civil society, media and consumers will need to take steps for changing how they produce – manufacture goods, grow crops, generate and use energy -adopting more sustainable ways that minimize the production of greenhouse gases.

In an environment where both national and municipal governments are facing vast citizen pressures for greener and more livable cities, green businesses are essential to support these efforts. ■

Mr. Omar Siddique is a member of the UN Staff in Bangkok