In the second week of May, around 150 soldiers of both sides had a face-off near Naku La Pass in Sikkim, in which soldiers on both sides sustained injuries. 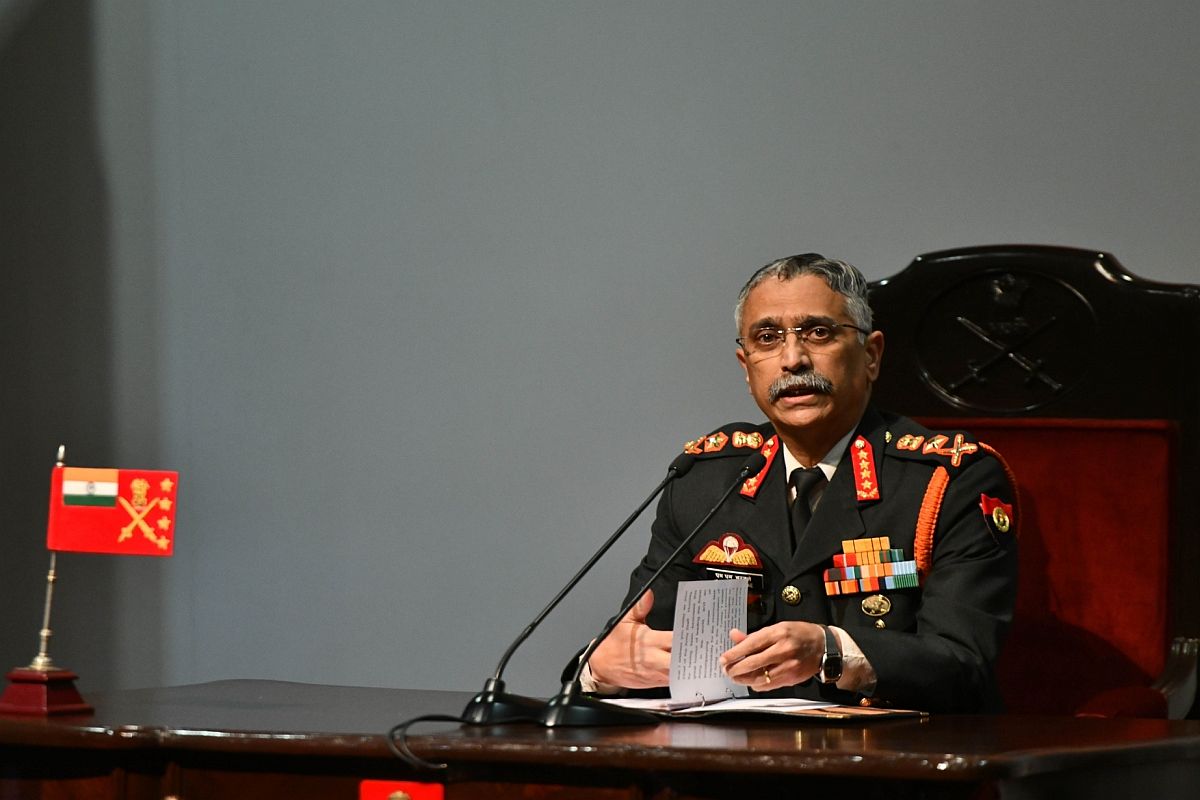 Army chief General Manoj Mukund Naravane on Friday visited Leh, the headquarters of 14 Corps in Ladakh to review the operational situation amid tensions between India and China along the disputed Line of Actual Control (LAC).

The visit comes a day after the Government on Thursday denied China’s claims that India is carrying out any activity in violation of the Line of Actual Control in Ladakh and Sikkim.

“Any suggestion that Indian troops had undertaken activity across the LAC in the Western Sector or the Sikkim sector is not accurate,” the spokesperson of the Ministry of External Affairs, Anurag Srivastava told media during a virtual press briefing.

All Indian activities, he said, “are entirely on the Indian side of the LAC. In fact, it is Chinese side that has recently undertaken activity hindering India’s normal patrolling patterns”.

The People’s Liberation Army (PLA) has erected a sizeable number of tents in the Galwan Valley of the Union Territory of Ladakh – an area over which India is sensitive about since the showdown in the 1962 war. In the first week of May, 250 Indian and Chinese soldiers clashed with iron rods, sticks, and even resorted to stone-pelting in the Pangong Tso lake area.

In the second week of May, around 150 soldiers of both sides had a face-off near Naku La Pass in Sikkim. In both the incidents, soldiers sustained injuries. Both India and China have now deployed addition troops both in tense areas of Galwan valley, Pangong Tso lake and several areas in northern Sikkim.

Two days later, the Air Force rushed its fighter jet patrols in Ladakh after Chinese military choppers were found to be flying close to the Line of Actual Control (LAC).

Indian armed forces have accused Chinese army of blocking patrols and unnecessarily erecting tents and deploying forces at Sikkim and Ladakh inside Indian territory on the Line of Actual Control (LAC) between the two countries.

The spokesperson said that Indian troops are fully familiar with the alignment of the Line of Actual Control in the India-China border areas and abide by it scrupulously.

The Indian side has always taken a very responsible approach towards border management, Srivastava said adding that the government at the same time, is deeply committed to ensuring India’s sovereignty and security.

The Indian troops strictly follow the procedures laid down in various bilateral agreements and protocols to resolve any situations which may arise due to difference in the perception of the LAC.

The spokesperson said India and China have established mechanisms to resolve such situations peacefully through dialogue. Both sides remain engaged with each other to address any immediate issues, he added.

Recalling that Prime Minister Narendra Modi and President Xi Jinping, in their meeting at Chennai last year, had agreed to resolve such issues through dialogue, the spokesperson said Indian side remains firmly committed to work for the common objective of maintenance of peace and tranquillity in border areas. “This is an essential prerequisite to the further development of Indian-China bilateral relations,” he said.

Earlier this month, the Indian Army chief had stated that temporary face-offs do occur along the LAC with China due to the differing perceptions of the alignment of boundaries.

Issuing a statement following incidents of skirmishes along the LAC with China, he said, “Temporary and short duration face-offs between border guarding troops do occur along the LAC due to the differing perceptions of the alignment of boundaries which are not resolved.”

Meanwhile, the United States has accused China of engaging in provocative and coercive military and paramilitary activities with neighbouring countries including India. This White House statement comes a day after a top American diplomat backed India’s move to strongly resist Chinese aggression into its territory.

The White House said in a report, “Beijing contradicts its rhetoric and flouts its commitments to its neighbours by engaging in provocative and coercive military and paramilitary activities in the Yellow Sea, the East and South China Seas, the Taiwan Strait, and Sino-Indian border areas.”

“As China has grown in strength, so has the willingness and capacity of the Chinese Communist Party (CCP) to employ intimidation and coercion in its attempts to eliminate perceived threats to its interests and advance its strategic objectives globally,” the report stated.

“Beijing’s actions belie Chinese leaders’ proclamations that they oppose the threat or use of force, do not intervene in other countries’ internal affairs, or are committed to resolving disputes through peaceful dialogue,” it said.

Earlier, in September 2019, Indian and Chinese troops on the bank of the Pangong Tso Lake in eastern Ladakh got involved in a scuffle which was soon resolved through talks between both the Armies.

Earlier, the two counties were in news in June 2017 when India opposed China’s road building at Doklam Plateau that made the entire Sikkim and the “Chicken Neck” near Siliguri (connecting the North-east with the mainland) easily accessible to the Chinese army.

India moved its elite strike corps near Sikkim border to counter the Chinese army’s war drills in Tibet. The dispute ended after 73 days when Chinese People’s Liberation Army and Indian Army withdrew their troops from the disputed site.

It is in India’s geo-political interest to protect its territorial sovereignty from a possible Chinese aggression in future that its Army needs to maintain the military vigil in the area.