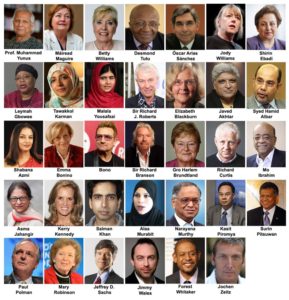 AN OPEN LETTER TO UN SECURITY COUNCIL TO INTERVENE TO END THE HUMAN CRISIS IN RAKHINE, MYANMAR

Dear President and Members of the Security Council,

Thank you for holding the UNSC meeting on Rohingya crisis most likely on September 13.

The human tragedy and crimes against humanity unfolding in the Arakan region of Myanmar need your immediate intervention. This is one of the moments when bold and decisive actions are needed.

According to different organizations, recent military offensive by the Myanmar Army in Rakhine State has led to the killing of hundreds of Rohingya people. Hundreds of thousands of people have been displaced. Complete villages have been burned, women raped, many civilians arbitrarily arrested, and children killed. Crucially, humanitarian aid organisations have been almost completely denied access, creating an appalling humanitarian crisis in an area already extremely poor. According to UN sources, around 300,000 people have fled to Bangladesh during the last two weeks. Human misery created by such massive displacement of men, women and children under the threat of death is getting worse every day.

Some of us denounced the previous spate of violence late last year and wrote to you to intervene. However, the situation has not improved. We urge you to take decisive actions to stop the violence against innocent civilians and bring permanent peace in Rakhine state.

We call on UNSC to intervene immediately by using all available means. We request you to take immediate action for cessation of indiscriminate military attack on innocent civilians that is forcing them to leave their home and flee country to turn into stateless people.

The arguments that the Myanmar government is using to deny Rohingyas their citizenship are ludicrous, to say the least.  At independence of Burma from the British in 1948 and under successive governments, Burma recognized the people of all ethnicities within its border, including the Rohingyas, as full citizens, having representation in the parliament.

The military juntas in the 1980s decided that Rohingyas are not Burmese. Accordingly, they stripped the Rohingyas of their citizenship. They used military and political means to make sure that the Rohingyas leave the country. Systematic persecution aiming at ethnic and religious cleansing began.

We join the Secretary General of the United Nations in re-emphasizing that, “The grievances and unresolved plight of the Rohingya have festered for far too long and are becoming an undeniable factor in regional destabilization. The authorities in Myanmar must take determined action to put an end to this vicious cycle of violence and to provide security and assistance to all those in need.”

We urge you to persuade Myanmar government to take immediate steps to implement the recommendations of the Rakhine Advisory Commission which the Myanmar government established in 2016 under the pressure of international community. The Commission, mostly comprised of Myanmar citizens, chaired by Kofi Annan, recommended providing citizenship to the Rohingyas, to allow them freedom of movement, rights and equality before the law, to ensure communal representation, lack of which affects Muslims disproportionately, to facilitate UN assistance in ensuring safety and security of returning people. The fear became reality through the attack on Myanmar security forces by the militants. Unless, constructive effort to build lasting peace is taken, the situation will get worse which in turn may pose serious security threat to the neighbouring countries.

To implement the Commission recommendations we suggest the following preparatory steps:

A bold change in approach is needed by United Nations and the international community if there is to be an end to the cycle of violence against the Rohingyas. The government of Myanmar needs to be told that international support and finance is conditional on a major change in policy towards the Rohingya. Propaganda and incitement of hatred and all violence, particularly state violence against Rohingyas must stop, discriminatory laws and policies must go, the recommendations of Kofi Annan’s commission must be implemented immediately.

The world is anxiously waiting to see that UNSC is playing its role to bring end to a humanitarian catastrophe and build peace in the region.