An appeal to the Mayor: stop the celebration of hatred and islamophobia, on August 5th in NYC 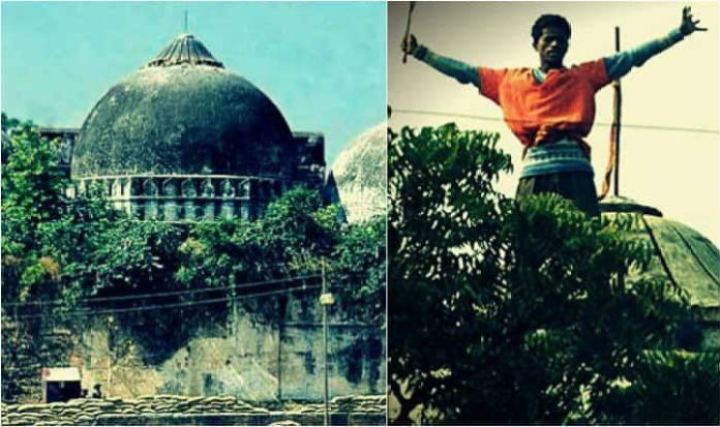 We are individuals and organizations devoted to democracy, secularism, and the upholding of human rights in India. We write to bring to your attention an Islamophobic billboard set to be projected in Times Square in order to dehumanize Muslim New Yorkers and celebrate human rights abuses against Muslims in India. Our coalition stands opposed to the far-right Hindutva nationalism of the BJP government in India, which has trampled on the rights and lives of minorities in India, particularly Muslims and Dalits, as well as dissenters. We request that your office take action to prevent an organization called the American Indian Public Affairs Committee (AIPAC) from projecting an Islamophobic billboard in Times Square on August 5th, which celebrates the destruction of the nearly 425-year old mosque that led to one of the worst communal violence India witnessed resulting in the death of nearly 3000 people. As our Mayor, we hope you will take this opportunity to stand up for Muslim New Yorkers and the values of our great city. We are writing to ask you how New York City, a city that claims to have inclusive and egalitarian values, can allow such a brazen celebration of hatred and Islamophobia.

August 5th, 2019 is a date that has been etched in the minds of the Kashmiri, Indian, and South Asian diaspora. On August 5, 2019, in an unconstitutional and unilateral move, the Modi-led government announced the abrogation of Article370 that allowed special status accorded to the state of Jammu and Kashmir. The announcement was followed by over 200 days of curfew, a complete clampdown on communication in the state, and arrest of thousands of Kashmiris across the political spectrum.

The internet connection in the entire state was suspended (this was, in fact, the longest internet ban in world history). One of the most militarized regions in the world, the abrogation brought additional forces to the valley, now at 950,000 soldiers. Genocide Watch has issued alerts for both Kashmir and Assam. These actions are part of the BJP government’s road map for  transforming India from a secular democracy to a Hindu theocracy, a “Hindu Rashtra.”

As a part of this roadmap, on November 9th, 2019, the Supreme Court of India announced its verdict on the highly contentious Babri Masjid case. The Babri Masjid was a mosque in the city of Ayodhya. The city is believed to be the birthplace of the Hindu God Rama. In 1992, hordes of Hindutva-nationalist mobs demolished the Babri Masjid. On November 9th, 2019, the Supreme Court announced its decision that while it was a criminal act to have demolished the mosque in 1992, permission was given for a Ram Temple to be built on the site of the demolished mosque. This verdict was based on faith (of one community), not evidence; and it seriously undermined the secular principle of the Indian constitution. The blatant injustice of this verdict was devastating to the Muslim community and all of us who believed in the idea of India as a secular republic, and it brought questions on the independent nature of the judiciary, executive and the legislature – key to a stable democracy.

The third major event is the discriminatory Citizenship Amendment Act (CAA), which, along with the National Register of Citizens (NRC), discriminates against Muslims, Dalits, Adivasis, women, the LGBTQ+ community and migrant workers, and threatens to render stateless all of India’s 200 million Muslim citizens. Under this combination of laws, all Indians will need to prove their citizenship by submitting documentation. Non-Muslim Indians who do not have the requisite documents will have a process available to them so that they can remain citizens, and Muslims will have no such opportunity. Muslims who cannot prove their citizenship — even if their families have always been in India — will become stateless.  India has already built several massive detention centers the size of football fields for those who cannot prove their citizenship. We are terrified.

Since the widespread protests of these citizenship laws, various Muslim students and leaders who organized peaceful protests have been arrested and held as political prisoners under the draconian UAPA (Unlawful Activities Prevention Act) Laws, that can unilaterally designate individuals as terrorists without proof.

Celebration of Hatred and Islamophobia, on August 5th in NYC

This brings us to August 5th, 2020, the one year anniversary of the abrogation of Article 370. Kashmiris have suffered for a whole year, and foreign journalists are not being allowed into Kashmir. Kashmiris, particularly youth, are regularly beaten, arrested, and even killed. Three Kashmiri Journalists including 26-year-old Masrat Zahra remain charged under the UAPA act.  Internet connections are still just at 2G making most normal civic functions impossible. All this has been exacerbated by the Covid19 pandemic.

Moreover, India is setting the stage for demographic change to occur in the disputed region, an action that is illegal under international law. India has passed a series of orders that will allow non-Kashmiris to be able to obtain ‘domicile’ in the region, a move that is widely seen as enabling a process of demographic change whereby the regions Muslim-majority population will be turned into a minority.

This signals two messages: First, to the Kashmir people who have been subjected to collective punishment by the Indian State —  that their rights and freedom can be unilaterally revoked. Second, India is a Hindu Rashtra (nation), and Indian Muslims do not belong here.

The hatred of Hindu nationalists is alive and thriving here in New York. In fact, on August 5th, the American India Public Affairs Committee (AIPAC) led by Jagdish Sewhani, has announced that they will project images of Lord Rama and the ceremonies in Ayodhya on the huge billboards in Times Square.

On the face of it, it seems benign. Why shouldn’t the Hindu community be allowed to celebrate their faith?

What we want to convey to you, is that this is not a celebration of faith. Rather, it is a celebration of hatred and Islamophobia. In fact, Mr. Sewhani has been using his Twitter account to spread messages from historically hate groups such as the Rashtriya Swayamsewak Sangh (RSS, an organization whose founders traveled to Italy in the 1930s and learned and wrote approvingly about Mussolini and his fascist youth organizations – Balila and Avanguardisti – eventually shaping the RSS as a paramilitary ultranationalist force in India, responsible for the assassination of M.K.Gandhi), including the founder of the RSS Mr. Hedgewar. Since the election of Narendra Modi in 2014, India has seen the organized mob lynchings or pogroms of many hundreds of Muslims and other non-Hindus.  The Times Square billboard is a celebration of the destruction of a mosque, its community and people;  and the building of a Hindu temple in its place. The AIPAC specifically selected August 5th to commemorate the placing of the foundation stone of that very temple. This in effect represents the triumphant dance of Hindu nationalists on the graves of India’s lynched Muslims.

The salutation “Jai Shri Ram” (Victory to Lord Ram) has been weaponized by the Hindu nationalists. Muslims have been lynched while being forced to chant “Jai Shri Ram,” and the Hindu mobs who were responsible for the violence in New Delhi in February resulting in the deaths of more than 50 people, almost all Muslims, were chanting, “Jai Shri Ram.”

Allowing the Times Square display is akin to letting the Nazi fascist forces in Germany in 1938 to proudly display their act of demolishing synagogues in Munich, Nuremberg, Dortmund, and Kaiserslautern before the Kristallnacht.

Kashmiris, Indian Muslims and all of us who seek justice and democracy are traumatized and furious. It is important that our democracy-seeking organizations express solidarity with India’s Muslims and Kashmiris by protesting this ugly display of hatred. Given the COVID-19 pandemic and other tensions in the United States, physical protests can be dangerous and can escalate. We are, however, determined to fight for the values we all believe in — justice for all, human rights, freedom of speech and thought and belief.

We would also like to categorically state that we are not against any faith, religion, or its display — keeping in line with communal harmony. Unfortunately, the advertisement displays reckless celebrations of an event that is laden with violence and communal divisiveness, a fact that reflects insensitivities on behalf of the organizer.

We, the undersigned, strongly urge the city of New York to reconsider its decision to allow the use of public space as a grand spectacle for an event marred by hate, violence, and polarization.

We also respectfully ask AIPAC to instead spend the massive funds used to display said advertisement advocating for the development of India, for the millions of the people living under the poverty line, who cannot afford three square meals, cannot achieve decent education or secure good health care. We invite them for a conversation to develop an inclusive, harmonious, united, developed, and above all progressive India.

We know that New York City holds these values, and we demand that such a blatant act that celebrates violence against Kashmiris and Indian Muslims be resisted and stopped.