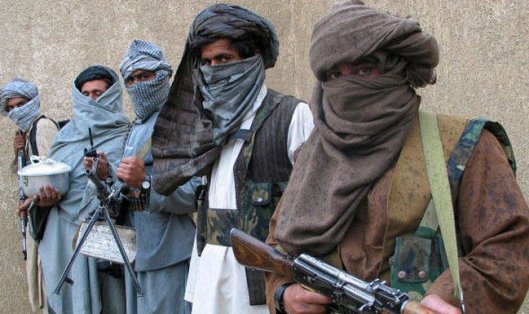 The latest round of efforts to bring Taliban to ‘talks table’ has commenced. Sounding optimistic, Atturahman Saleem, Deputy of Afghanistan’s High Peace Council (HPC), when asked whether the Council would wait for a Taliban response, stated on May 20, 2018, “Absolutely. Necessary pressures, military, political and religious, should be built on the Taliban. Sooner or later it will work, and the Taliban would have no other option but to join the peace process.”

Notably, Afghanistan President Ashraf Ghani, addressing the second Kabul Process conference on February 28, 2018, offered unconditional peace talks to the Taliban. Ghani stated, unequivocally, “We are making this offer without preconditions in order to lead to a peace agreement. The Taliban are expected to give input to the peace-making process, the goal of which is to draw the Taliban, as an organisation, to peace talks.”

Before the beginning of the conference, the Afghanistan Government released a document titled “Offering Peace: Framing the Kabul Conference of February 28, 2018” where it suggested “seven building blocks for peace-making”, including “a political process: ceasefire, recognition as political party, transitional confidence building arrangements, and inclusive, credible, free and fair elections”. The first round of the Kabul Process had been held on June 6, 2017.

The developments between February 28, 2018, and May 20, 2018, and thereafter clearly suggest that Atturahman Saleem’s optimism is entirely misplaced.

To begin with, in the absence of any ‘official’ response from Taliban, the High Peace Council (HPC) on March 5, 2018, warned the Taliban against the consequences if the group rejected Ghani’s peace proposal. Despite the warning, the Taliban indicated, on numerous occasions, that it was not going to accept the proposal. In an ‘article’ posted on its website, Alemarah, on March 6, 2018, it stated, “the Americans gave the Kabul regime orders to start the calls for peace and negotiations… in order to make up for their defeat in the military and political arena which they have been facing constantly.” Again in a statement released on March 10, 2018, the Taliban called the Kabul administration “illegitimate” and described the peace process as “propaganda and deceptive”.

Further on April 14, 2018, when Ghani reiterated the offer asking the Taliban “to act as a political party and participate in the elections while utilizing the prevailing opportunity and the peace offer”, the Taliban was quite clear in its response. A day later, on April 15, it stated that Afghanistan is occupied, with thousands of foreign troops in the country and that major political and military decisions are “taken by the occupiers”. “We have seen in past elections that people have been cheated and the final decision was taken by John Kerry (former US Secretary of State), and the National Unity Government was created at the US embassy in Kabul,” the statement read.

A relatively peaceful conduct of the Parliamentary and District Council elections scheduled to be held on October 20, 2018, is essential for Afghanistan, as indefinite delay in the democratic process can only add to the country’s present misery. However, the challenges of holding this massive electoral exercise within circumstances of enveloping violence across wide areas of the country remain overwhelming.

And there are no indications that violence will diminish, as the Taliban went ahead with its declaration of the ‘annual spring offensive’. In a statement released on April 25, 2018, in which it announced the launch of its ‘Al Khandaq (the Trench)’ campaign, the Taliban stated,

On top of the… aggressive, ideological and licentious ambitions of their American masters, the deceptive efforts launched by the ineffectual and corrupt officials of the puppet regime inside and outside the country are nothing but a conspiracy orchestrated by the foreign occupiers for enervating, crushing and eventually pacifying the ongoing legitimate Afghan resistance and are not efforts for ending the war and restoring lasting peace…

Partial data compiled by the South Asia Terrorism Portal (SATP) indicates that, since April 25, 2018, Afghanistan has recorded at least 2,145 terrorism-linked fatalities (data till May 27, 2018). These fatalities include 178 civilians, 157 SF personnel, and 1,810 militants.

There has, in fact, been no respite from terror in the country for years. According to the United Nations Assistance Mission in Afghanistan (UNAMA), civilian casualties were in four digits till 2013, but entered five digits in 2014 for the first time since 2009, when UNAMA started documenting civilian casualties, and have since remained in five digits. There were 10,453 casualties (3,438 deaths and 7,015 injured) in 2017. In the current year, as of March 30, 2018, such casualties had already reached 2,258 (763 deaths and 1,495 injured).

It is imprudent on the part of the Ghani Government to invite Taliban for peace talks at this juncture. Past experiences clearly demonstrate that terrorist formations never join peace talks in good faith when their influence and capacities on the ground are at an upswing. Ignoring the cumulative experience of counter-insurgency within Afghanistan and in theatres across the world, Ghani has chosen to push his ‘peace proposal’ forward, giving some credence to Taliban’s assertion that the Afghan Government and its ‘foreign masters’ are losing the battle. The rising desperation visible in the offer of talks can only further embolden the Taliban, even as the hasty decision of premature withdrawal by the US did. Nothing positive could possibly be achieved as a result of either decision. Indeed, Afghanistan’s Second Vice President General Abdul Rashid Dostum stated on May 14, 2018,

The Kabul Process was initiated to confer a pivotal role in the peace talks on Afghanistan. Almost all the earlier initiatives, including the Qatar Process and the Quadrilateral Coordination Group (QCG) process had given centrality to Pakistan, largely because Pakistan had deceived a willfully gullible international community into believing that peace could only be achieved by making the Taliban the ‘principal stakeholder’ in the talks process. Now it appears that the Kabul Process also has also lost its way. It will be wise on the part of the Ghani Government to initiate immediate course correction.