A rising Bangladesh starts to exert its regional power

Dhaka is increasingly confident in an emerging role. Therest of the world would benefit to pay close attention. 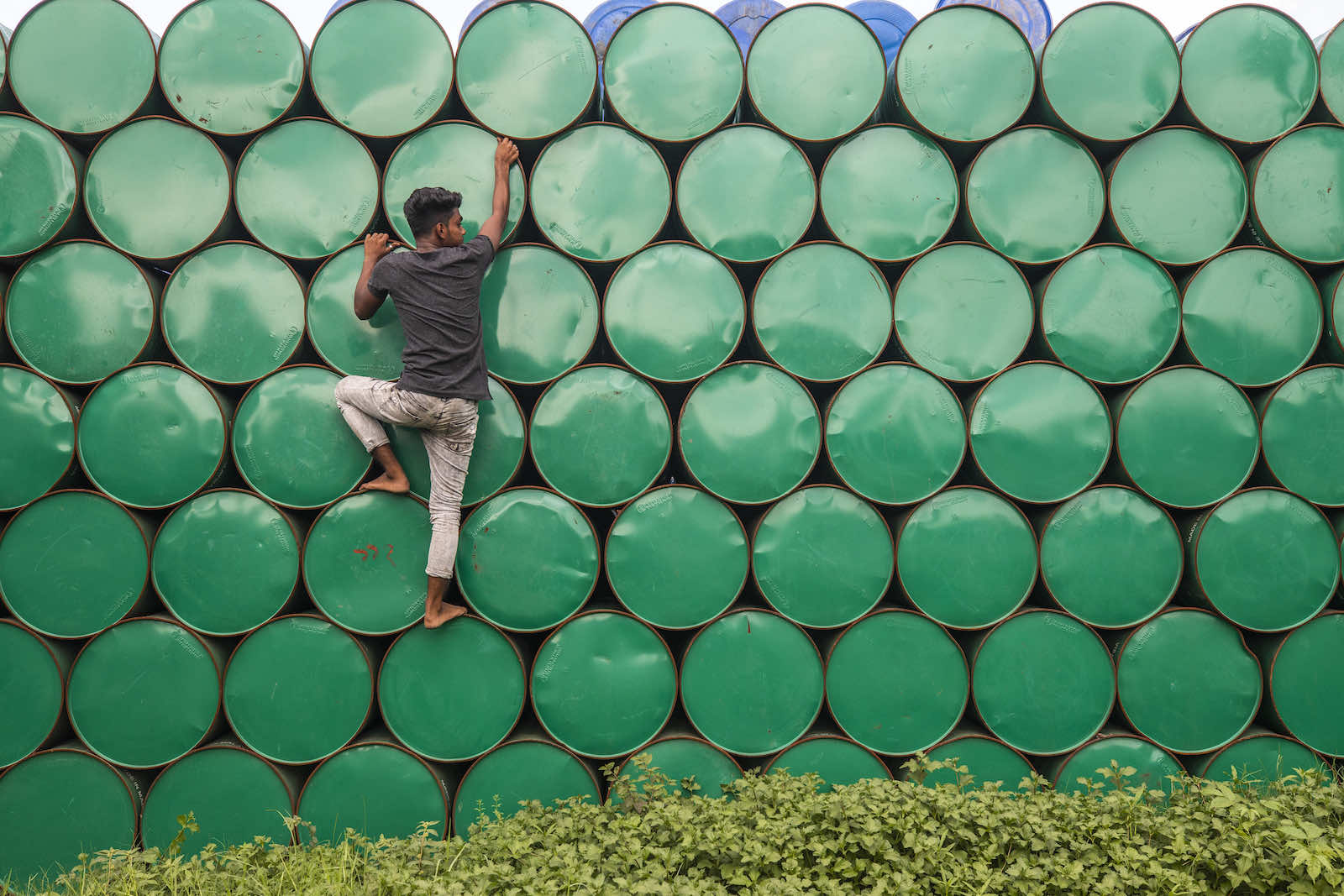 The recent announcement that Bangladesh would provide US$200 million in aid to Sri Lanka is an important turning point as that country moves from being an impoverished supplicant towards an increasingly influential regional state. It is an outcome of years of high economic growth and points to Dhaka’s potential to become an important Indo Pacific middle player.

When it gained independence from Pakistan in 1971, Bangladesh was one of the poorest countries in the world with few apparent prospects – former US Secretary of State Henry Kissinger apocryphally called it a “basket case”.

Dhaka’s recent aid to neighbouring Sri Lanka was a first in Bangladesh extending financial assistance to any other country.

Just as importantly, Bangladesh scores well against India and other South Asian countries in many social indicators, including health, life expectancy, birth-rates and employment of women.

The sustainability of Bangladesh’s growth story is not without its sceptics who question official growth figures or point to its heavy reliance on garment exports, which could make it financially vulnerable.

There are also concerns over its future political stability. Since 2008, Prime Minister Sheikh Hasina has presided over a relatively stable civilian administration. She is publicly popular and has largely vanquished or arrested her political opponents. But she has no obvious succession plans. With the Bangladesh opposition effectively neutered, her departure from the political scene might leave the military in charge (probably, reluctantly if its last experience in power in 2008 is any measure).

A little discussed consequence of Bangladesh’s economic success is how it will affect its role in the region. A range of international actors are jostling over Dhaka’s attentions.  But Bangladesh is also exerting its influence in the neighbourhood, reflecting greater material resources and growing national confidence.

The Hasina government has kept Bangladesh politically close to India, a pragmatic reflection of Bangladesh’s geographic realities, despite some long-running resentments. Japan is a major investor in infrastructure and manufacturing, including as part of disinvestment from China. And the United States is focusing on building defence ties.

This attention prompted an intervention last month from the Chinese Ambassador to Dhaka, Li Jimming, who warned Bangladesh against joining the US, Japan, India and Australia in the Quadraliateral Security Dialogue, stating that it would “substantially damage” bilateral relations. Bangladesh Foreign Minister A.K. Abdul Momen, called the Chinese ambassador’s statements “aggressive” and “very regrettable”.

But there is no indication that Bangladesh would ever join the “Quad”. Nor is there reason to believe that a country that fought its way to bloody independence would allow itself to be bullied, even by an important partner such as Beijing. 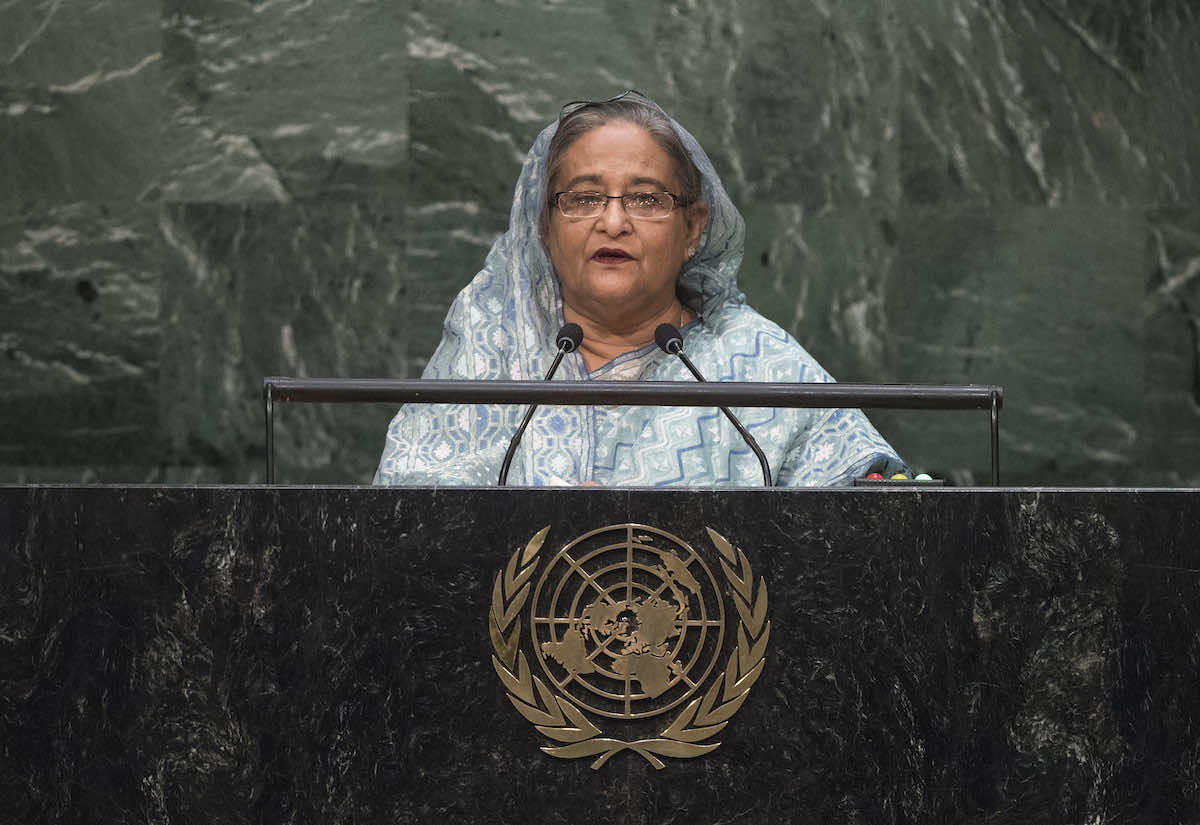 As bigger powers show it greater attention, Bangladesh is also building its political and military influence in the Bay of Bengal region and the wider Indian Ocean, including through regional groupings such as the Indian Ocean Rim Association, which is will chair from later this year.

Dhaka’s recent aid to neighbouring Sri Lanka was a first in Bangladesh extending financial assistance to any other country. The $200 million currency swap reflects the healthy state of Bangladesh treasury which now boasts foreign reserves of $45 billion. It also reflects the parlous state of Sri Lanka’s post-Covid economy, which carries massive foreign debt that may not be able to service.

Bangladesh reportedly stepped in to partially meet unfulfilled requests that the Sri Lankan government made to India in May 2020. The political motivations behind this assistance are not entirely clear. Perhaps this provision of short-term liquidity was intended to buy favour with the Sri Lankan government which is otherwise inclined to support its fellow Buddhists in the Myanmar military regime.

Relations with Myanmar have been tense since the Myanmar army ethnically cleansed some 900,000 Rohingya people, most of whom now sit in camps in southern Bangladesh. Bangladeshi resentments towards Myanmar would likely significantly worsen if it sought to expel the remaining Rohingyas. The slide of Myanmar into civil conflict since the military coup in February 2021 presages difficult times ahead.

Bangladesh’s economic success is also allowing the Bangladesh military to build its capabilities. It is cashed up and making some major acquisitions, moving beyond its traditional suppliers of China and Russia. This has included Turkey, which has sold more than $1 billion in armoured vehicles and rocket launchers. The Bangladesh Air Force is also considering the purchase of US F-16s or Eurofighter Typhoons which would give it an advantage over Myanmar.

It is not yet clear what new capabilities may be acquired in the maritime realm in addition to its purchase of Chinese submarines.

What does this mean for Australia? Australia was one of the first countries to recognise an independent Bangladesh after the independence war. But while Australia has provided considerable aid, including substantial assistance for the Rohingyas, it did little to build a comprehensive relationship. More than 20 years passed between visits by an Australia foreign minister to Bangladesh from 1998 to 2019.

Foreign Minister Marise Payne is now known to be keen on building ties, and there are signs that the two sides want to move the relationship beyond aid. An agreement to facilitate trade and investment has been finalised and is close to signing, which could help open opportunities for Australian agriculture, resource and energy exports to a booming Bangladesh. There is also potential for cooperation in defence and security, reflecting many shared security interests in the northeast Indian Ocean.

Australia could do well in moving beyond traditional regional partners. Greater focus needs to be given to building ties with emerging middle powers such as Bangladesh to complement relationships with the big powers.

This article is part of a two-year project being undertaken by the ANU National Security College on the Indian Ocean, with the support of the Australian Department of Defence.