A blood-soaked shirt depicts the real picture of Bangladesh 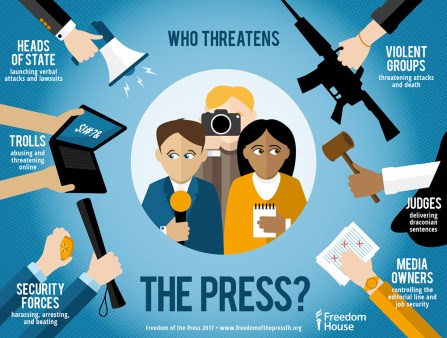 As per Global Financial Integrity (GFI), a Washington-based research and advisory organization, more than 75 billion dollars have been siphoned from a poor country like Bangladesh during the last nine years of Sheikh Hasina’s tenure as prime minister. Tens of millions of dollars stolen from Bangladesh’s central bank via the Federal Reserve Bank of New York transferred to accounts in the Philippines and then laundered through the Philippine casino system. More than 10 billion dollars have been looted from the share market. When approached by the media, the finance minister was scared to utter the name of these looters.

Journalist couple Sagor – Runi was murdered in cold blood. The murder remains unsolved with the killer’s motive undiscovered, opening the issue to speculations as to what the couple might’ve obtained about the regime to meet such a grizzly end.

While justice remained unserved, the murder served its purpose of silencing the news media. The regime expects its citizens to maintain a poker face, void of any visible frustration, in the front of such institutionalized looting of the public fund. We are supposed to smile pleasantly and show pity as we are fed stories of Prime Minister Hasina’s economic hardships as she struggled to pay her son’s tuition fees. She claimed at the National Assembly that she couldn’t send her son to MIT for monetary reasons even during her reign. Such stories are broadcasted all over the country, and we are expected to believe these sob stories while ignoring the money that goes missing in broad daylight.

The writers and journalist are in big trouble if they wish to speak their mind. Mr. Rehman Sobhan, a renowned economist, and writer describe the situation comparing it with the period of military dictator General Ayyub and Yahya Khan, “We could write anything without any hesitation even under the military dictator General Ayyub and Yahya Khan, but now I have to think several days before publishing anything. ” His wife vets his writing before handing it over to publishers fearing harsh consequences.

Free to praise yet careful when criticizing, especially if one wishes to say something against Prime Minister Sheikh Hasina and her family.

Mahmudur Rahman, a renowned journalist, was jailed for five years for not complying with the above rule and his daily paper was banned along with some TV channels, which politically leaned to the opposition. As he speaks his mind, the number of cases against him increases. There are more than 100 cases filed against him in different courts throughout the country.

Mr. Mahmud, came under attack after a Kushtia court granted him bail in a case filed against him for making derogatory remarks about Bangladesh’s founding President Sheikh Mujibur Rahman and Prime Minister Sheikh Hasina. Eyewitnesses said that about 70 to 80 activists led by the district student wing president took position outside the courtroom confining Mr. Mahmud to the courtroom just after the court granted him bail in the case in the afternoon of 22nd July 2018.

While he managed to leave with the help of lawyers, his car was attacked by
‘The Chhatra League (student wing of ruling party) cadre who managed to break his car’s window. Shards of broken glasses fell on him as the attackers hit him with bricks and bamboo sticks leaving injuries to his head and face.

One of Mr. Mahmud’s companion who was present there during the attack alleged that the police were merely standing there and did not come to aid. ‘He was bleeding from his head, and we could not take him to a hospital as we feared more attacks.’

While opinions on Mr. Mahmud may vary across the country, the government should Ensure his freedom of expression. His ideas should be opposed with ideas and not violence.

The above incidence shows that the government institutions have now completely collapsed, and Bangladesh has turned into a failed state.

Bangladesh is struggling to restore its democracy and its freedom of speech. This is an SOS call to save our freedom. Not responding to this call will push Bangladesh further into the hands of a fascist group of political extremists.