45 years after the war, Dhaka is yet to shake off its legacy of disappearances 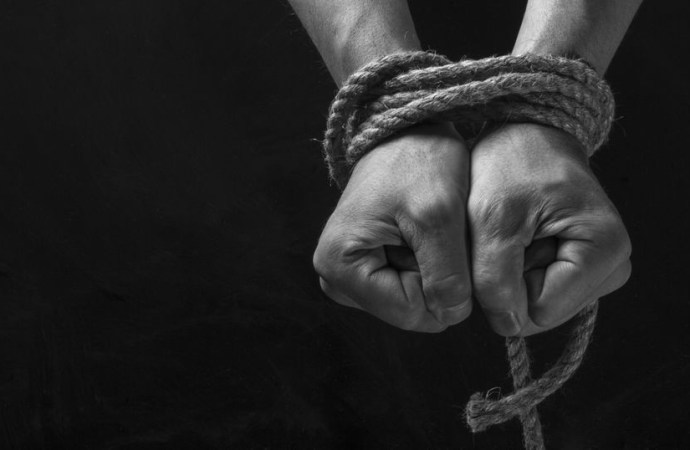 From the killing of intellectuals in the final days of the 1971 war to the abduction of political activists in 2013, nothing has changed

Forty-five years ago in 1971, between December 10 and December 15, 17 academics, journalists and doctors were picked up from their homes in Dhaka and killed. Those were the very final days of Bangladesh’s independence war, and the crime was carried out by the Al Badr, a militia group comprising members of the student wing of the Jamaat-e-Islami, assisted by the Pakistan military.

The nine-month-long war ended in victory over the Pakistan Army – this was officially recognised on December 16, 1971, just two days after the last abductions. But for the families of those men and women, as with so many others killed during the war, the victory was tinged with great sorrow.

These abductions and killings are considered among the most notorious atrocities of the war, and seen as an attempt to wipe out some of the best of the country’s intellectual class as it gained independence. While not the largest act of killing during the war, which saw many massacres, they seared the country’s consciousness, and are remembered every year on December 14, on Intellectual Killings Day.

Yet, 43 years later, almost to the day, and in the same city, another set of abductions took place. In a two-week period in 2013, between November 28 and December 11, 19 men were abducted from different parts of the capital city.

According to eyewitnesses, state agencies – in particular, the paramilitary Rapid Action Battalion and the Detective Branch of the police – were involved in taking these men either from their homes in the early hours of the morning or from public spaces in the middle of the day.

In the last five years of the Awami League’s rule, human rights organisations have identified over 300 forced disappearances in the country. But the 2013 incident is almost certainly the largest state abduction of civilians over a short period of time in a single city in independent Bangladesh.

These two sets of disappearances are, of course, not direct reflections of each other.

The 17 men and women who were abducted or disappeared in December 1971 were well-known and highly respected people with unblemished reputations – mainly journalists, editors and academics.

They were abducted because of their known support for an independent Bangladesh, with the defeated forces seeking to denude the new country of some of its finest minds and characters before departing.

In contrast, almost all the men who disappeared in 2013 were activists and members of the student wing of the Bangladesh Nationalist Party – which like all student wings of political parties in Bangladesh have a far from unblemished reputation.

Moreover, these abductions took place at a time when the Opposition alliance, led by the Bangladesh Nationalist Party, was trying to force the ruling Awami League to hold elections under a caretaker government, and some of its activists were setting vehicles on fire in Dhaka, killing members of the public.

Another difference is, of course, in the current government’s response to these two sets of disappearances.

In relation to the 1971 abductions, the Awami League government set up an International Crimes Tribunal, whose investigation resulted in four men being sentenced to death for their involvement in the killings. Three separate trials were conducted, ending in 2013 and 2014. Two of the four have since been executed.

However, the same government does not even accept that 19 abductions took place in 2013, let alone that its law enforcement agencies could have been involved. In an interview a year after the disappearances, the minister for home affairs, Asaduzzaman Khan, said that though “one or two incidents” had happened at that time, “law men were not involved in any of those cases”. He went on to claim that in “most cases, the people have gone into hiding to avoid legal action for their alleged involvement in violence, arson attacks and torching vehicles during that time”. This conveniently forgets the fact that no cases were filed against many of the 19.

Of course, this is not surprising. If the government was involved or complicit in these abductions, the last thing it would do is admit to them.

The disappearances three years ago are not just an echo in history.

In 1994, I spent months with a team of journalists investigating the role of Chowdhury Mueen Uddin – a member of the Jamaat’s student wing in 1971 – in the killing of the intellectuals. He had moved to the United Kingdom shortly after the war. The research was for a documentary film, The War Crimes File, that was subsequently broadcast on Channel Four TV in the UK. During the course of that work, 23 years after the war, I met many families whose lives had been torn apart by the disappearance of their loved ones.

And two years ago, along with my colleagues at the New Age newspaper, I completed an investigation into the 19 disappearances in 2013.

So many of the stories that the families related were similar. Knocks on the door in the dead of night, armed men taking away their relatives with promises that nothing would happen to them.

While there remain many differences between the two sets of disappearances, there are far more similarities.

In an interview in November 2014, Sultana Kamal, who then headed the Ain-o-Salish Kendra, a human rights organisation, considered the two sets of disappearances to be, in essence, similar crimes. “If you consider abduction to be a crime, anybody who is involved in abduction is a criminal and they should be dealt with in the same way,” she said.

The ones in 1971 were war crimes while the others are “crimes according to the country’s criminal code”, she added.

Such incidents continue in Bangladesh. This year alone, over 75 people have been picked up and secretly detained by the authorities. At least 15 of them were subsequently killed while 17 remain missing. Among the recently disappeared are three sons of high-profile Opposition politicians – Humman Quader Chowdhury, Mir Ahmed Bin Quasen and Abdullahil Aman Azmi – who were picked up in August in Dhaka and remain in secret detention.

However, there is silence from the capital’s civil society on the 19 killed in 2013 and the recent disappearances. This can, in part, be put down to increasing constrictions of free speech, where few dare to put their head above the parapet. But that is no excuse. While they should continue to be outraged by the disappearances of 1971, they should transfer some of that anger to the modern-day disappearances, which are also happening on their doorstep, on their streets, in their city – and for those below 45 years of age, in their lifetime.

As the families of the 19 disappeared say, if the Bangladesh authorities believe that these men committed crimes, they should have arrested them and brought them to court. The law enforcement authorities and government cannot be judge, jury, and executioner.