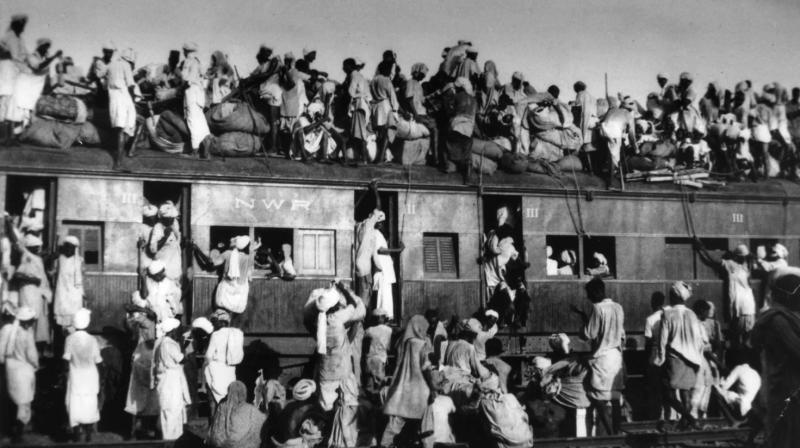 Put simply, the Partition of 1947 was the tearing apart of our undivided subcontinent. (AP Photo)

A “remembrance day” should be an occasion when people unite in recalling an event that should never be forgotten. That is the justification for Armistice Day in Britain, Holocaust Day in Israel and Anzac Day in Australia and New Zealand, or even — if you’ll let me stretch a point — to Thanksgiving Day in America. The intention is to bind people together with the bonds of shared memory or, in the case of the United States, shared thanks. Narendra Modi’s crudely named Partition Horrors remembrance Day is a very different thing. Worse still, I suspect it’s intended to be.

Put simply, the Partition of 1947 was the tearing apart of our undivided subcontinent. But the “horrors” was not just the physical separation. Not the division of land. Not even the creation of two separate nations. It’s what that did to the people affected by it. And the truth is that though 75 years have passed, we don’t have precise and agreed details. The numbers involved were so enormous and the two countries involved so ill-equipped to handle the trauma that we’ll never know for sure.

It’s estimated that perhaps one million — some say two million — people were killed and between 10-20 million displaced. They lost everything overnight. They were uprooted and forced to become penniless refugees, hundreds of miles from what had been home for generations. Wikipedia puts the figure at 14.5 million. Citing the 1951 census of both India and Pakistan — done four years after Partition — it says Pakistan identified 7,226,600 displaced persons, almost certainly all Muslim, whilst India counted 7,295,870 displaced people, undoubtedly all Sikh and Hindu.

These facts — even if their precise accuracy is debatable — make one thing crystal clear. Hindus, Sikhs and Muslims all suffered equally. The net migration in the west from India to West Pakistan was 1.8 million, in the east from East Pakistan to India it was 1.9 million. And those figures prove my point — it was as horrible a time for Hindus and Sikhs as it was for Muslims. We must never deny that. And our politicians must never pretend to forget that.

Unfortunately, Prime Minister Narendra Modi’s Partition Horrors Remembrance Day only intends to recall half the horrors, the ones that affected Hindus and Sikhs. And I’m pretty sure he wants to blame them on the Muslims. Or why else would he have chosen Pakistan’s Independence Day for this occasion? After all, he could have chosen June 3, the day Lord Louis Mountbatten announced Partition would happen and set in motion the unavoidable and ineluctable events that led to the horrors?
However, I have a deeper point to make. If his intention was really “to remove the poison of social divisions, disharmony and further strengthen the spirit of oneness, social harmony and empowerment”, as his tweet claims, then should this not be a day when the three countries of the subcontinent remember together the trauma they suffered and never want to repeat? Indeed, why did he not consult Bangladesh and Pakistan and jointly agree on a date that the three countries can share?

Instead, whatever his intentions — and he alone knows them though millions rightly have their suspicions — his Horrors Remembrance Day can only further polarise India’s population between Hindus and Muslims and, perhaps, Sikhs and Muslims. And that will further add to the sense of rejection and unwantedness that our Muslim brothers and sisters undeniably feel. But it’s actually potentially far worse than that. The already frayed fabric of our increasingly divided country cannot survive more deliberate tears. Yet Mr Modi keeps trying. If he doesn’t stop soon all we’ll be left with is the “idea that was India”. A memory, a longing and, yes, deep regret.
Let me, however, end differently. If it’s important we must never forget, then there are also some things we need to be reminded of. I’m referring to what happened to Muslims in Jammu in 1947. I’m not a historian and my research is certainly not comprehensive, but this is what I know.

At the time Jammu was a Muslim-majority city. Yet literally in weeks, the communal riots, mass killings and forced migration turned it into a Hindu-majority one. Both contemporary accounts and those of historians put the numbers killed or expelled in hundreds of thousands.

Writing in The Spectator in January 1948, Horace Alexander says: “Hindus and Sikhs of the Jammu area… apparently with at least the tacit consent of the state authorities, have driven many thousands of their Muslim neighbours from their homes”. Citing Mahatma Gandhi, he asserts “some two hundred thousand are… not accounted for”. Christopher Snedden, in Kashmir: The Unwritten History, estimates that between 70,000 and 237,000 Muslims were killed. Arjun Appaduri and Arien Mack in India’s World believe 200,000 could have been killed and a further 500,000 displaced.

Much higher figures were reported by the newspapers of the time. The Statesman suggested 500,000 Muslims were killed. The journalist Ved Bhasin and the scholar Ilyas Chattha claim that the RSS was involved, supported by Kashmir’s Maharaja Hari Singh. In 2018 the columnist Swaminathan A. Aiyar wrote: “In sheer scale this far exceeded the ethnic cleansing of pandits five decades later.”

So why is a horror of this scale not remembered? Wajahat Habibullah, who’s written about it in My Kashmir: The Dying of the Light, suggests two reasons. First, it occurred when communal riots and brutal massacres were happening right across northern India. In that bigger outrage, this smaller tragedy seems to have been forgotten.

His second reason is intriguing. Sheikh Abdullah, then the undisputed leader of the Kashmir Valley, who one would have expected to draw attention to this massacre, deliberately chose to ignore it because the Muslims of Jammu did not support his National Conference but inclined towards Jinnah’s Muslim League. The Sheikh’s politics seems to have silenced his conscience!

However, now that Prime Minister Modi wants to remember the horrors of Partition, is this one of them?