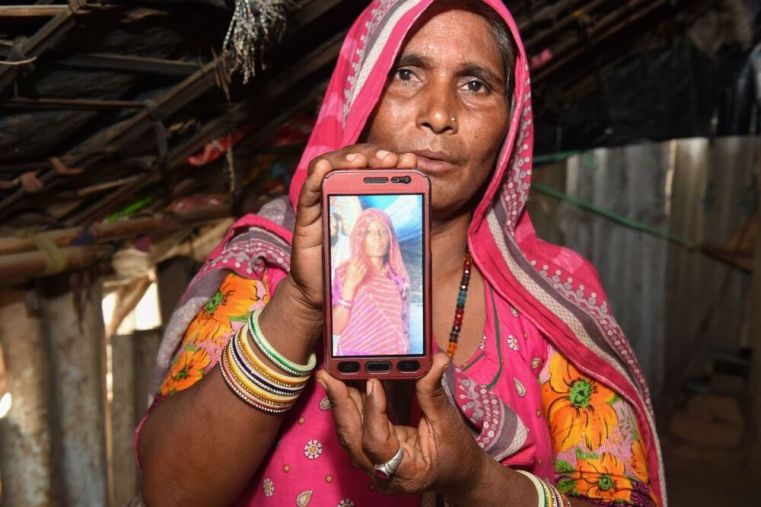 On 17 July, the Supreme Court of India was moved to condemn the recent spate of lynchings across the country as “horrendous acts of mobocracy … which cannot be allowed to become ‘the new normal’”. The justices had gone straight to the heart of the matter. The loss of so many innocent lives is an unmitigated tragedy. But more terrifying, perhaps, is the normalisation of vigilante violence, which poses a threat not only to the rule of law but also, in a more enduring and damaging way, to the social fabric.

A very large number of mob lynchings over the past few months have been triggered by entirely baseless rumours of “child-lifting” circulating on social media, including WhatsApp. From the beginning of 2017 to the present, approximately 70 such attacks have occurred, in which 36 people have been killed and approximately 100 injured. In recent weeks, such incidents have been reported on an almost daily basis, with 77% of them attributed to fake news.

These recent incidents, however, represent only one type of vigilante violence that has been on the rise since 2014. The other is the 29 deaths, and counting, related to cow protection.

It does not seem to be sufficiently appreciated that the internet or WhatsApp are not the cause of mob violence, though they facilitate the spreading of fake news or rumours.

The first of these occurred in September 2015, when a lynch mob attacked and killed an ironsmith named Mohammad Akhlaq, on suspicion of his killing and consuming a cow. Ruling party legislators raised the pitch asking for his family to be prosecuted, thus deflecting public attention from the barbarism of the murder and the question of who killed Akhlaq, to the question of what he was eating.

Less than a year later, in Una town in Gujarat, four young Dalit men were stripped, paraded on the streets, and beaten up by a group of Gau Rakshaks (Cow Protectors) for skinning a dead cow, a job typically done by Dalits and shunned by other castes. A video of the victims, some of them tied to a car, being attacked with iron rods and sticks was widely circulated on social media. The amplification of this chilling incident became an exemplar for subsequent acts of violence that began to be filmed and shared online.

The difference between the bovine-related hate crimes and the recent lynchings of supposed child-lifters is that only about half of the first type are related to rumours. There are certainly false allegations that deliberately misrepresent regular cattle traders as cow smugglers or thieves in order to justify the ghastly acts of unlawful violence that are then executed, owned, and advertised. Such cases have also been known to involve extortion.

In contrast, the lynchings of alleged child-lifters are almost entirely triggered by rumours or fake news. One analysis of the sources of these attributed 34 cases to social media, 24 to WhatsApp, 10 to suspicion, and 6 to rumours but not social media.

Another difference between these two forms of vigilante violence is that the first kind is disproportionately visited on vulnerable groups such as Muslims and Dalits. In 2018, 100% of the victims of cow-related hate crimes were Muslim; in 2017, 61% were Muslim; in 2016, 43% were Muslim and 34% Dalit. The victims of the second type of violence, however, do not belong to any specific social group.

The law may move, however slowly, in the case of the perpetrators of the lynching of “child-lifters”, but in the case of bovine hate crimes, the plausible expectation of impunity is an incentive. Instead of being punished, these acts are actually rewarded. A suave and urbane Union Minister was recently photographed congratulating eight men convicted of the lynching of a Muslim cattle trader in his constituency. He assisted them with their legal defence and chose to celebrate their release on bail with sweets and garlands.

The state’s response to the two forms of vigilante violence presents an interesting contrast. Cow-related killings find endorsement in a ringing political silence, and impunity against the force of the law. The lynchings alleging child-lifting, on the other hand, have provoked ministerial anger against the social media platforms used to spread rumours.

In a shoot-the-messenger gambit, the government’s deep disapproval of “irresponsible and explosive messages” was conveyed to WhatsApp, directing it to take immediate action to ensure its platform was not used for “such malafide activities”.

There are 200 million WhatsApp users in India, amounting to 13% of its entire customer base. Smartphone penetration is deep, with the higest year-on-year growth rate in the world. India has close to 500 million internet users, 95% of whom access the net over mobile networks, and 42% of whom are WhatsApp users. Making such demands on WhatsApp opens the door to large-scale surveillance and censorship, by both the state and the private platform, placing freedom of speech at risk.

Internet shutdowns are another strategy adopted by the government. In 2018, India had the largest number of internet shutdowns in the world, and for the most part these placed restrictions on mobile use. If the point of these is to reduce the circulation of rumours and fake news, the increased propensity of such news and rumours to trigger violent incidents is not reassuring. It does not seem to be sufficiently appreciated that the internet or WhatsApp are not the cause of mob violence, although they facilitate the spreading of fake news or rumours.

Ultimately, the two types of vigilante violence are related, albeit indirectly. It is not accidental that the statistics relating to both types of crimes show an exponential increase since 2014. The first, cow-related hate crimes, have been positively emboldened by the current political climate. With dog-whistle politics and a polarising political discourse that uses religious, caste, or ethnic differences to generate hate, it takes little to ignite mob frenzy. While the second type are not typically politicised, violence – from the verbal violence of Twitter trolls to the physical violence of lynch mobs – has undoubtedly been normalised in society.

Where mischievous rumours and fake news abound, and ordinary citizens are underemployed, undereducated, and under-equipped to discriminate between the information on offer, violence is unsurprising. In a climate of hate, vigilantism has been allowed to run amok, and the perpetrators of violence enjoy impunity. This, not WhatsApp, is the real problem.

*Niraja Gopal Jayal is Professor at the Centre for the Study of Law and Governance at the Jawaharlal Nehru University, New Delhi. Her book Citizenship and Its Discontents (2013) won the Ananda Kentish Coomaraswamy Prize of the Association of Asian Studies in 2015. She is also the author of Representing India: Ethnic Diversity and the Governance of Public Institutions (2006) and Democracy and the State: Welfare, Secularism and Development in Contemporary India (1999). She has co-edited The Oxford Companion to Politics in India, and is the editor/co-editor of, among others, Democracy in India (2001) and Local Governance in India: Decentralisation and Beyond (2005). She is currently working on a book on the decline of the public university in India. She has held visiting appointments at, among others, King’s College, London; the EHESS, Paris; Princeton University; and the University of Melbourne. In 2009, she delivered the Radhakrishnan Memorial Lectures at All Souls College, Oxford. She was Vice-President of the American Political Science Association in 2011–12.