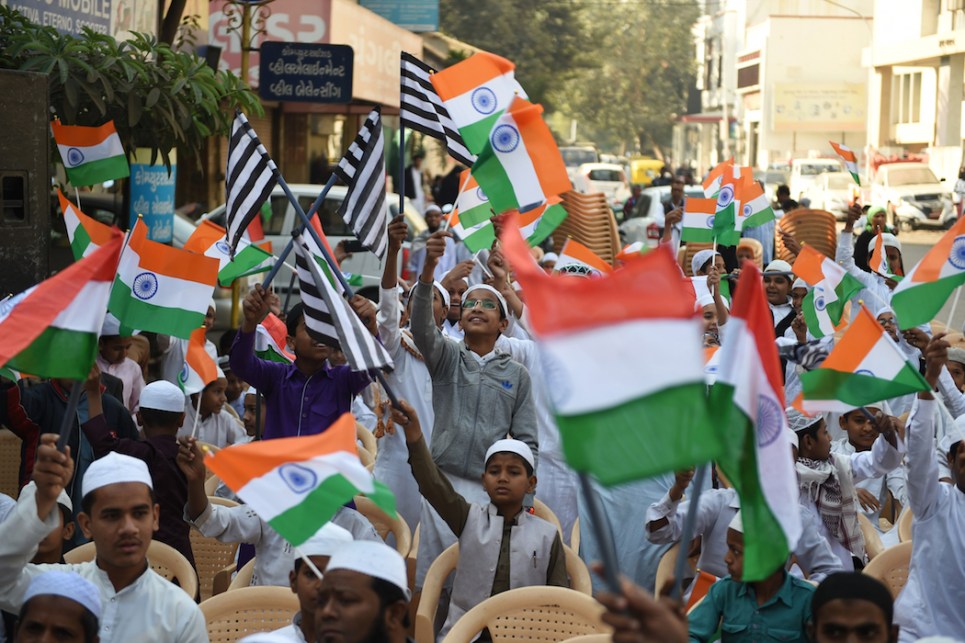 The leader of a new political party claiming to represent India’s Shia Muslim minority has verbally attacked the country’s Sunnis, resulting in accusations that he is being used by pro-Hindu groups to divide the country’s Muslims ahead of national polls.

It wasn’t long until he was accusing the majority Sunni Muslims of defaming Islam.

Rizvi said in a statement six days after launching his political party that Sunnis take all the benefits of government welfare schemes meant for Muslim minorities, leaving nothing for Shia people. Politicians looking for Muslim votes cater to the majority Sunni interest, he said.

In an interview with online news portal ThePrint, Rizvi blamed Sunni extremism for Hindu-Muslim riots and he added that Shia people are targeted during the riots because of their Muslim identity.

“The Shia-Sunni conflict is irreconcilable … They (Sunnis) don’t even consider us Muslims, but because of them our identity is under threat,” the Shia leader said.

In response, many Muslim leaders have said that Rizvi’s claims are part of plan to divide the country’s Muslims ahead of national elections due in April 2019.

“This is a clear attempt to create hatred amongst the Muslims against one another,” said Molvi Gulzar. “Fanatic Hindu groups are hell-bent to divide Muslims and create animosity,” he said.

“Muslim leaders must step in to thwart such elements who have infiltrated into our ranks.”

India’s two Muslim communities have fought each other in the past but each time the conflicts were pacified by religious leaders from the both sides.

Molvi Gulzar said that Rizvi has a history of making inflammatory statements beneficial for pro-Hindu groups such as RSS and the ruling Bhartiya Janata Party (BJP). Rizvi was on record as saying that Muslims speaking out against Hindus over the Ayodhya dispute should move to Pakistan. He also asked Prime Minister Narendra Modi to close madrassas as they were breeding grounds for terrorists.

“We condemn such statements that aim to divide Muslims. We can have theological differences but we as a community are one,” said the cleric.

Saaqib Ali, a research scholar at University of Kashmir’s department of Islamic studies, told ucanews.com that ahead of national elections there will be rigorous attempts made by the Hindu groups like the BJP to divide Muslim communities.

Ali said that since the BJP came to power in 2014, Muslim communities have experienced violence against them by Hindu hardliners.

Muslims are determined to vote against the BJP in elections “and so attempts are being made to divide the country’s Muslims to scatter their votes,” Ali said.

Shia cleric Moulana Qalb-e-Jawwad said the BJP has been using a “few of its sycophants” to create an atmosphere that could prove detrimental for law and order.

Globally, Shias are a minority as they form only 10-12 percent of 1.6 billion Muslims, according to a 2009 study of the Pew Research Center.

The succession of Prophet Muhammad was the cause of differences between the two branches of Islam. The majority — that became the Sunni — considered his father-in-law and friend Abu Bakr as Muhammad’s heir, but a small group — that became the Shia — wanted his son-in-law and father of his grandchildren instead.

Abu Bakr finally became the first caliph and ongoing political differences between the opposing groups evolved to form the two sects which are still at loggerheads today.