An Interview with Jeet Thayil 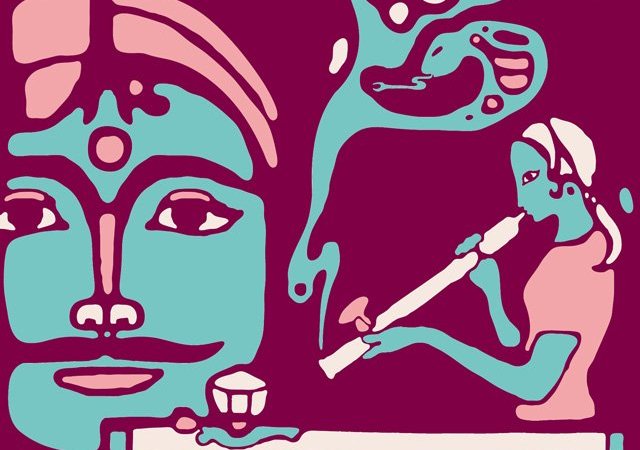 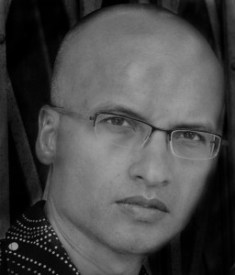 Jeet Thayil’s incendiary debut novel, Narcopolis, reveals the drug culture of Bombay from the 60s to the present, with a lyrical, hallucinatory intensity both seductive and frightening. Drawing comparisons to the works of Burroughs and Rushdie, the novel has garnered plaudits for its stylistic invention and uncompromising portrayal of the vice teeming just below the city’s surface.

Thayil recently answered some questions for South Asia Journal, about the novel itself, some of its critical reception, and his new book in the offing.

The prologue establishes a fluid “I”, self, or speaker of the story. Why, then, does Dom Ullis exist? Why did you choose a narrator that is on the periphery for much of the novel?

Dom is a cipher. He opens the door to the story, turns up in the middle to set events in motion, and appears at the end to tie it all together, though he doesn’t do a neat job of it, thank god. Like the pipe, he is a conduit that allows unfettered access to the stories and conversations that make up the book. At the same time, for me, he was the least interesting character of the many that populate the city of Narcopolis. He is middle class, educated, self-aware; young, but defeated by a kind of inchoate self-loathing; has unspoken literary or writerly pretensions; is a kind of voyeur, a peeping tom, whose fetish is “to gawk at the poor and unfortunate”. In other words, of the various characters in the book, he has most in common with its author.

Reviews have been hung up on placing Narcopolis in a genre. It uses drawings, employs techniques of stream-of-consciousness, and undoubtedly, poetry. What inspired the novel’s structure?

I found the novel’s structure pretty late in the writing of it. I’m talking about the long sentences and the digressive nature of the narrative. I was looking for a way to approximate the opium-induced state, which is more than intoxication: it’s a kind of controlled associative dreaming. You can’t write a novel about opiates by using the telegraphic Hemingwayesque sentence. I mean you could, but why would you want to? Once I found the style, that is to say the long open-ended sentence, the structure suggested itself.

What does postmodern mean to you?

A kind of shorthand; a way of speaking without saying anything; a signifier that signifies nothing; a way of killing the possibility of conversation; an empty boast; false optimism; a piece of the future that’s already past.

There are many stories within stories, weaving through characters’ pasts, dreams, nods, prophecies, present, and selves. How early in the process of writing did the sequence of the novel arise?

The idea that the novel would contain multitudes was there from the start. I knew it wouldn’t be a conventional novel, though I wanted to use the conventions of the novel, because I’ve always enjoyed them as a reader, and I think the reason they exist is to give pleasure. That said, the point of the novel as a form is that it can do just about anything. It encompasses all. The fashionable talk of the death of the novel is just that, fashion that seems already dated. The reason the novel will survive as long as we will is because of its capaciousness and elasticity. It can include anything: line drawings, a digression on Blade Runner, a comparative study of the sari versus the burkha, a selected enumeration of patron saints, references to imaginary books and pieces of music, excerpts from imaginary books, fractured philosophical musings, poems and graffiti, embedded journalism, ghazals and sea shanties, proverbs in obscure languages, specialized historical information, chants to the gods.

What inspired you to create Dimple/Zeenat? What possibilities did creating a central cha

racter that is a hijra open up for you?

Dimple is based on someone I saw in an opium den on Shuklaji Street in 1980 or 1981. She was making pipes, briefly, for the customers and for the owner of the den. She was charismatic and elegant and then she disappeared. I never forgot her. Like Cheng He, the other “charismatic autodidact” in the book, Dimple is someone who travels between genders; nothing in her life is stable, certainly not identity; and she is a master of the art of transformation. She moves between religions, between social classes and between communities. She says, “Everybody is everything,” but she also says that men and women have nothing in common, have so little in common that genuine union between the sexes is impossible, that all we can hope for is cohabitation. She says men have more in common with males of other species, with chimpanzees, goats and dogs, especially dogs, than with women. The reason Dimple can get away with these authoritative pronouncements is because she is male and female, a Tiresias-like figure, whose familiarity with both sexes gives her tremendous uncommon knowledge, if not wisdom.

What do you see as the connection between art and addiction?

I don’t know if there’s any more of a connection between art and addiction than there is between science and addiction, or philosophy and addiction. I’m inclined toward the view that addiction is a human condition. The trick is to find one that won’t kill you.

Which writers/books did you reference over the course of writing Narcopolis?

The writer I kept returning to was Dostoyevsky, and the book I kept
turning to was The Brothers Karamazov. I wanted to write a kind of Russian novel, with digressions, insanity, exaltation, ecstasy. There’s something about the classical Russians that is uniquely suited to India, the feudalism, the religious preoccupation, the passion and hysteria, the regard for the written word. The chapter ‘Stinking Asafetida’ points to the ‘Stinking Elizaveta’ chapter in Karamazov. Of course I read other things while I was writing Narcopolis, but my reading material was severely limited. During the writing of the book, I
had no television, no newspapers, no Internet, no wife, no children, no pets. I wouldn’t recommend that kind of life to anyone, but I think it worked for me.

What (if anything) has surprised you most about the critical reception of Narcopolis?

I expected criticism in India, but I guess I didn’t expect it to be quite so vociferous. There’s a new kind of jingoism in the country, which has to do with the new prosperity. Nobody wants anything negative to be articulated, especially not in books that might be read by people in other countries. The point about the new prosperity is that it’s not all that different from the old prosperity. We’re still among the poorest nations of the world. No amount of shining propaganda will change that.

You got some attention earlier this year for doing a reading from The Satanic Verses at the Jaipur Literary festival. What motivated that decision, and did you expect the attention that it wound up receiving?

I didn’t plan on doing it until the last moment, when it became clear that Salman Rushdie could not attend the festival because the government would not guarantee his safety. You aren’t allowed to import the book into India, but there’s no law against reading from it. That’s all we did; we read from it. I had no idea it would cause such a ruckus. And that’s all I’m going to say about it because the case is still in the courts.

The opium pipe and Shuklaji Street are like Marquez’s Macondo; a world of their own. Do any of the characters or settings return in your next book?

Newton Pinter Xavier returns as the main character of the book I’m writing at the moment, which is working-titled Saint X. It is set in New York, New Delhi, Bangalore, and, briefly, Paris. I’m going to shut up now. I’m a writer: I believe in jinxes.